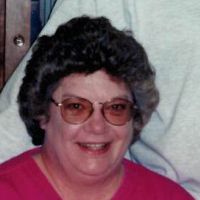 Pauline Madzia Fiedor, 63, of Sheridan, passed away on Tuesday, September 27, 2016, at her residence. She was born in Sheridan, WY, on December 3, 1953, to Paul and Lois (Borland) Madzia.Pauline graduated from Sheridan High School 1971. She married Pete Fiedor on October 8, 2001. She enjoyed her job working for the Senior Center transporting seniors to their appointments out of town.Pauline was preceded in death by her parents and husband, Pete. She is survived by sisters, Donna Stanbridge of Sheridan, Bonnie Athey of Laramie, Patty Boyer of Billings, Mary Jane Smith of Sheridan, five nieces and 3 nephews.Memorials to honor Pauline may be made to the Sheridan Senior Center, 211 Smith St., Sheridan, WY 82801 or to the Sheridan Dog and Cat Shelter, 84 East Ridge Rd., Sheridan, WY 82801.Per her request no services will be held.Kane Funeral Home has been entrusted with arrangements.