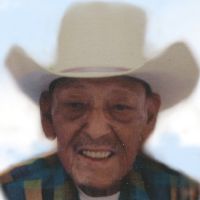 Paz F. Rosalez, 83, of Sheridan, passed away on Friday, March 28, 2014 at the Sheridan Manor.Paz was born on September 11, 1930, in Corpus Christie, TX, to parents Elias and Eloisa (Frausto) Rosalez. He moved to Sheridan in 1969. He worked construction for most of his life, inconcrete and asphalt, and some bartending.Paz was preceded in death by his parents, one brother, one sister and other family members, and his best buddy, Keno Rosalez. He is survived by his daughter, Mary L. Rosalez, 4 grandchildren, Elena (Edward ) Brendt, Max (Sarah) Ortiz, Rickie Ortiz, Jellica McCllelan, all of Bellingham, WA, 14 great grandchildren and one great, great grandson, special to Paz, Jesse (Josie) Rosalez, numerous nieces, nephews and cousins, 2 sisters, and many loving extended family and friends.A Gathering of family and friends will be held at 2:00 p.m. on Wednesday, April 2, 2014 at the American Legion.Kane Funeral Home has been entrusted with arrangements.