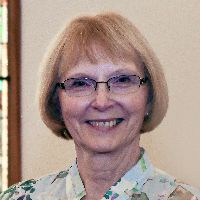 Peggy Louise (Ellis) Campbell joined the Church Triumphant on Thursday, October 13, 2016, at the age of 67 at her home with her family by her side.Peggy was born in Omaha, NE on December 3, 1948. She graduated from Central High School in 1967. She was briefly married in 1968 and blessed with a son, Sean. She worked in recorded music sales for seven years until meeting her husband George in 1974. They were married in 1976 and in 1977, George\'s son, Doug joined their family. In 1981, she started as a part-time teller at what later became U.S. Bank. With hard work and many opportunities, she retired as an assistant vice-president in 2008.Peggy and George moved to Sheridan, WY in 2008 where she continued working in banking for five years. Peggy was skeptical about moving to Sheridan from the “big city” but soon fell in love with the people, their commitment to the community and of course, the mountains.Full retirement allowed Peggy to become more involved in Church and community volunteer activities. She became an elder, treasurer of Presbyterian Women, volunteer for Lunch Together program, and delivered meals on wheels with her husband.She is survived by her loving husband of forty years, George, son Doug, grandson, Alex, granddaughter Shawn, and great-grandson Aleister. She is also survived by her sister and brother-in-law, Judy and Howard Sorensen, brother-in-law and sister-in-law, David and Helen Campbell, nieces Elizabeth (Kevin) Grazier, Gwen Peake, and Corey (Ron) Rosenberg, nephews Steve Sorensen, Greg Peake, and David (Drew) Campbell and numerous great nieces and nephews. She was preceded in death by her son, Sean Wicker, mother and father, Orpha and Howard Ellis, sister Beverly Peake, mother-in-law and father-in-law Luella and Bob Campbell, and niece Mary Norene Campbell.In lieu of flowers, memorial donations in Peggy\'s name may be made to Camp Story, 2121 Colonial Drive, Sheridan, WY 82801 or to Sheridan Senior Center, Meals on Wheels, 211 Smith Street, Sheridan, WY 82801.A Memorial Service for Peggy will be held at 1:00 PM on October 17, 2016, at the First Presbyterian Church with Pastor Doug Melius officiating. A reception will follow the service at the church. A private Inurnment will be in Evergreen View in the Sheridan Municipal Cemetery.Kane Funeral Home has been entrusted with arrangements.

Date:
Start Time:
A Memorial Service for Peggy will be held at 1:00 PM on October 17, 2016, at the First Presbyterian Church.
Location:
Service VideoService Brochure