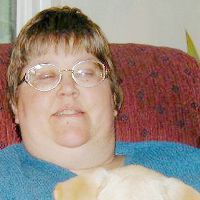 Peggy Lee (Chapel) Shelton, 62, of Sheridan Wyoming, passed away at the Billings Clinic on March 22, 2018. Peggy’s life journey began on October 3, 1955 in Crookston, Minnesota. Soon after her birth she was adopted by Wayne and Coreen Chapel of Faribault, Minnesota. Later, she was joined by an adopted brother Tom Chapel and they grew up together on the shores of Robards Lake near Faribault. She initially attended a country school near the lake and later went on to graduate from Faribault high school. After high school she continued her education at Winona State College and graduated with a major in social work.During her last year in college she participated in an internship program at the P.O.R.T. (community corrections) facility in Rochester, Minnesota. That is where she met Douglas Shelton (of Luverne, Minnesota) who was working as a volunteer in the P.O.R.T. program while he was attending college at Rochester Community College. They became engaged in November or 1977 and planned for marriage on March 18, 1978 (after they both completed college). Prior to their marriage, the P.O.R.T. program hired both of them to become group home parents for 8 juvenile delinquents. Needless to say, their life together started off with challenges.On May 8, 1979 God blessed their lives with their first son, Anthony Russell Shelton. While 8 “older brothers” tended to be very helpful it was also a challenge to raise a new born in a group home. In February of 1980 they got jobs in a booming oil and coal town of Gillette, Wyoming. At the time housing was in short supply and most of the streets of Gillette were still under construction (as was the hospital where Doug worked). By Fall they realized that Gillette wasn’t a good fit for them and they moved on to Sheridan Wyoming in November of 1980 (where they stayed for the remainder of Peggy’s life).From 1980 to 1984 Peggy ran a day care out of their home. Doug and Peggy became foster parents and over the years counting the group home boys they have help raise over 50 children. Peggy attended nursing school at Sheridan College. Later, she got a BSN degree in nursing from the University of Wyoming. Early in her nursing career she would commute from Sheridan to work in the Amy Holt Nursing home in Buffalo. Later, she would get a job at the Sheridan VAMC where she worked until she passed away.In 1986 her family increased with the addition of a daughter Tracy Allison Shelton (now Tracy Ingram of Sheridan). In 1990 they adopted two brothers from Denver Colorado (Tyler Paul and Ryan William). In 1992 Justin James was adopted and in 1999 Alex Jon joined the family by adoption.Atalia was Peggy’s first granddaughter, then two grandchildren became part of her family when James met Charleen Weddle. In 2003 Dylan Isiah Shelton was the first grandson born into her family. Additional grandchildren continued show up until Peggy had a dozen.  A Celebration of Life will be held at 11:00 am on Monday, April 2, 2018, at the Trinity Lutheran Church with Pastor Phil Wold officiating. A reception will follow at the church.Kane Funeral Home has been entrusted with arrangements.