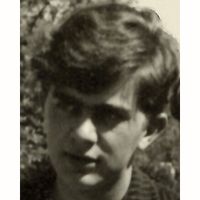 Peter Gravestock, 65, of Sheridan, passed away on Tuesday, October 15, 2013 at his residence.Peter was born on January 9, 1948 in Hayes, Middlesex, England to Kenneth and Ethel (Bunn) Gravestock. He graduated from Kings School, Harrow. He married MaryAnn McAfee on February 25, 1975 in Vancouver, WA. After an intensive apprenticeship, Peter joined the British Insurance Business profession. Since childhood, he was an avid soccer fan. He was a former vice president of the Watford Football Club, a professional English football club. He was a Free Mason in the UK and enjoyed snooker. Peter immigrated to the United States in 1977 establishing his own insurance company.He is survived by his wife; MaryAnn, his son; Matthew Gravestock of Apple Valley, CA; his daughter; Heather (William) Linden; his grandson; William John Linden V; all of Billings, MT, his sister; Christina Gravestock of Rickmansworth, England.In lieu of flowers, Memorials to honor Peter can be made to the Welch Cancer Center, Sheridan Memorial Hospital Foundation, PO Box 391, Sheridan,WY 82801.Kane Funeral Home has been entrusted with arrangements.