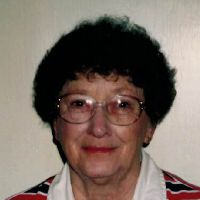 Phyllis Irene Holub, 89, passed away on Tuesday, January 31, 2017, at Sheridan Manor. Phyllis was born on January 31,1928, in Sheridan to Harry and Martha (Burns) Davis. She graduated from Sheridan High School. She enjoyed music of any kind, singing in Glee Club and later in a band, and also played various instruments. Through life she worked as a telephone operator, waitress and drove a sugar beet truck. She especially loved spending time with family and friends. She loved telling the story of how she was born feet first in a blizzard and lived life to the fullest, and left this world the same way she came in.Phyllis was married to Marshall Young and they had two children, Dave and MIchele. She later married Tom Doyle and had a daughter, Shawn. After Tom passed away, she married high school sweetheart Karl Holub.Phyllis was preceded in death by her parents, her siblings Vernon, Dolores and Dorothy, and son Dave. She is survived by her husband Karl Holub; daughters, Michele (Bob) Schluter and Shawn Doyle (Dwight Sheriff) of Sheridan and numerous grandchildren and great grandchildren.A Celebration of Life will be held later this spring. Kane Funeral Home has been entrusted with arrangements.