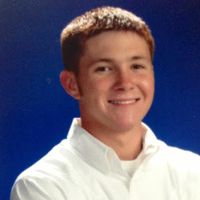 Pierce Michael Ford, 29, of Sheridan, passed away on Monday, January 5, 2015, at the VA Medical Center in Sheridan.Pierce was born on September 11, 1985 to Douglas Jeffrey and Donna (Rebarchak) Ford at Yongson Army Post in Seoul Korea. He joined the Marines in 2005, with his brother, David, and served with the 3rd Battalion, 5th Marines in Iraq where he earned the Combat Action Ribbon, Iraq Campaign Medal and other recognitions. After his military service, Pierce worked in construction. He enjoyed all kinds of sports, and was an avid Lacross player. He belonged to the St. Gabriel\'s Catholic Church in Colorado Springs. He was a loving son and brother and will be missed by his family.Pierce was preceded in death by his Grandparents. He is survived by his parents, Jeff and Cookie Ford of Colorado Springs, CO, his siblings, Katie (Nic) Ferrington of Layfayette, CO, David Ford of Panama City, FL, Jamie Ford of Denver, CO, and Ryan Ford of Pendleton Marine Corp Base, CA.A Mass of Christian Burial will be at 10:00 at the St. Gabriel\'s Catholic Church, Colorado Springs, CO on Monday, January 12, 2015. Interment with full Military Honors will be in the Evergreen Cemetery, Colorado Springs, CO.Memorials to honor Pierce can be made to the Wounded Warriors Project, PO Box 758517, Topeka, KA, 66675.Kane Funeral Home has been entrusted with arrangements.