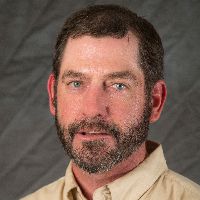 Randall Earl Whyte, 52, passed away at his home in Sheridan, WY, Friday, July 20, 2018. Randy was born October 28, 1965 in Rapid City, SD.Randy graduated from Hill City High School in 1985. He was married to Shawn Snell in 1986 and later shared 3 children, Natasha, Seth, and Bryson. The couple divorced in 2005.Randy attended Lake Area Vo-tech in Watertown, SD, in 1986 and earned a Machinist Certificate in 1988 and later also earned his associate degree in machining. Randy’s employment in the machining field included work at Dynamic Engineering of Watertown, SD, Dakota Arms of Sturgis, SD, and Craftco Metals and L&H Industrial (later became IPGI) both of Sheridan, WY. In 2000, Randy began teaching evening courses at Sheridan College for the Machine Tools program and became a full time Machine Tools Instructor in 2008. He remained employed there until his death. Randy was the first faculty member to get the students involved in Skills USA. Under his leadership, the Sheridan College students consistently placed in the top 15 in the nation each year. Randy’s was also nominated for Outstanding Technical Educators Award in 2015.Favorite hobbies all stemmed around his love for the outdoors and included hunting, fishing, and shed antler hunting. He was also very passionate about his work and took pride in his accomplishments with the Sheridan College especially as his graduate students flourished in the machining industry across the state and nation. Randy took special pride in his three children and two granddaughters. He passed through this world knowing he left an impressive mark upon it.Randy is survived by his daughter Natasha Kelly, son Seth, son Bryson, granddaughters Evelyn and Ruth Kelly, mother Marcy, brother Scott (Amarie), nephew Hunter, brother Steven Andress (Kathy), nephew John Andress, niece Deatra Whyte ,Randy is preceded in death by his brother Keith, his birth mother Marilyn and his father Stan.A memorial service will be held on Saturday, August 11, 2018 at 2 pm at the Sheridan College, 1 Whitney Way, Sheridan, WY. In lieu of flowers, the family has requested donations be made in memory of Randy Whyte to provide scholarships for machine tool students. Gifts should be mailed to Sheridan College Foundation, PO Box 6328, Sheridan, WY 82801Kane Funeral Home has been entrusted with arrangements.