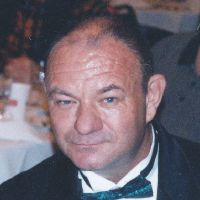 View Service Folder | Click for Video Tribute Raymond Eugene Buhr, 57, passed away at his home near Sheridan, WY on Sunday, September 7, 2014. He was born in Alamosa, CO and graduated from Lajara, CO. He married the love of his life Rose, on July 12, 1975, and they had three children; Jay, Casey and Tanna.Ray\'s work moved the family to WY in 1995. He started a job at the police department in 1999 as an Animal Control Officer for the City of Sheridan. Things changed over the years. He then became a Community Resource Officer. The job changed and responsibilities were added but Ray still carried out another passion of keeping the animals of Sheridan safe. He was very active with the Sheridan Dog and Cat Shelter. If he could have kept every animal from the Shelter he would have brought them home. Another love of his was hunting especially if that included his friends, his sons, or his grandsons. He would hunt anytime, anywhere, all someone had to say was “let\'s go hunting!” and Ray was on board. It didn\'t matter if it was deer or elk hunting in WY or goose hunting in MT. His love of the outdoors was as large as his heart.There were many sides to Ray. His favorites were his family and friends. He will be missed dearly.Ray was preceded in death by his mother, Grace Louise Compton, his father, Edward Eugene Buhr and his brother, Frank Buhr. He is survived by his wife, Rose, his sons, Jay Buhr and Casey Buhr of Clearmont, his daughter, Tanna Heller of Buffalo, his four grandchildren, Tessa Chinery, Derick Buhr, Wade Heller, Timber Rose Buhr, his sisters; Connie (Tom) Poole and Trish “Turd” (Tom) Doogan.A Celebration of Life will be held at 2:00 p.m. on Friday, September 12, 2014, at Kane Funeral Home with Reverend Kevin Jones officiating. A Reception will follow in the Kane Reception Hall.Kane Funeral Home has been entrusted with arrangements.