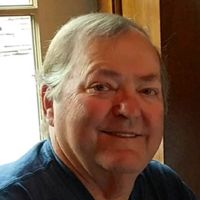 Raymond Edward Walsh of Sheridan Wyoming passed away at Sheridan Memorial Hospital on November 18, 2017, surrounded by his loving family and friends. Ray lost his battle to liver cancer, and succumbed to the disease within just a few short weeks from his diagnosis. Ray was born on May 10, 1947, in Hamilton, Montana to Lorraine and Lyle Walsh. At a young age, Ray and his family moved to Southern California. In 1976, while driving through Gillette, Wyoming, Ray took a job at Wolff Auto Parts (Fairmont Supply Company) where he met the love of his life, Laurie L. Dahn in 1981. Within a matter of weeks, Ray knew that she would be his wife. They were married on July 3, 1982, and lived a beautiful marriage for 35+ years.Ray and Laurie were blessed with two children, Malinda Rae and Branden Eugene. Together, Ray and his family traveled often, laughed hard, and loved lots while experiencing many grand adventures. After Ray and Laurie left Fairmont Auto parts in 1991, Ray took the opportunity to play out his lifelong dream of owning his own Napa Auto Parts store in Sturgis South Dakota. In 1995, Ray and Laurie made the difficult decision to sell the Napa store, and return to their home in Gillette Wyoming. Ray joined the Burlington Northern Railroad in 1995, and retired on October 31, 2016.Ray was an avid mechanic, working diligently to restore old vehicles that he accumulated on his adventures. He enjoyed taking pictures and watching racing. Ray often referred to the Bighorn Mountains as “his mountains” and took every opportunity possible to camp with his family. Ray loved his family. He was a devoted husband, father and grandfather. He always put his family’s priorities first and gave his all to support their hopes and dreams.Ray was preceded in death by his Mother Lorraine, his Father Lyle, his Mother-in-law Shirley Dahn, Brother-in-law Ken Dahn and an unborn child due to tubal pregnancy.Ray is survived by his loving wife Laurie Walsh, Daughter Malinda (Anthony) Fairbanks, Son Branden Walsh, Grandchildren Ashlynn and Aiden Fairbanks, Father-in-law Eugene Dahn (Karin), Brother-in-law Mark (Laura) Dahn, Sisters Donna Childers, Audrey Westwood, Sharron (Elvie) Cobb, Brother Butch (Dana) Walsh and numerous Nieces, Nephews, Great Nieces and Great Nephews,.A Celebration of Life will be held at Killy’s Irish Pub in Sheridan Wyoming on Friday, November 24, 2017 at 3 pm. A private ash ceremony will be held in the summer.In lieu of flowers, the family has requested donations be made to the Second Chance Cat Rescue, 305 Broadway, Sheridan, WY 82801. Kane Funeral Home has been entrusted with arrangements.