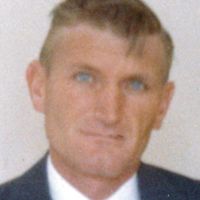 Raymond F. Arzy, 86, of Sheridan, passed away on Thursday, June 20, 2013 at his residence.Ray was born on February 27, 1927 at their homestead in Beatty Gulch, WY to parents Joseph J. and Mary Agnes (Selig) Arzy. He attended Sheridan area schools and graduated. He joined the US Army in April of 1944, serving during WWII in France, Germany and Belgium and reached the rank of Sergeant before leaving the service in October of 1946. After his military career he worked all over the State of Wyoming as a Game Warden, living in Cheyenne, Wheatland, Kemmerer, Laramie and Buffalo, retiring in 1982 moving back to Sheridan. He was also a part owner of Big Horn Safari for seven years.Ray married Gloria Varcalli on June 13, 1948 in Sheridan. They raised six children. Ray was a member of Holy Name Catholic Church and the American Legion. He was a chartered member and then the first president of the Wyoming Game and Fish Warden\'s Association. He was appointed to “Boone and Crocket” and “Pope and Young” as an official big game head measurer/scorer. He enjoyed hunting, fishing, snowmobiling and flying. He loved spending time with all his family and friends.Ray was preceded in death by his parents, wife, sister; Albina Wolfe, brothers; Joseph Arzy, William Arzy and John Arzy. He is survived by his children; Carol (Monty) Webb, Joe W. (ex Marsha) Arzy, Robert Arzy, Mike Arzy, James (Carmen) Arzy all of Sheridan, WY and Christie (Patrick) Walport of Gillette, WY, his siblings; Nellie Wolfe, John Arzy, Francis Meich, Florence Young, and George Arzy. He also leaves behind eleven grandchildren, ten great grandchildren and numerous other family and friends whose lives he touched.Visitation will be at 6:00 pm with Rosary at 7:00 pm on Monday, June 24, 2013 at Kane Funeral Home with Father Ron Stolcis officiating. A Mass of Christian Burial will be at 10:00 am Tuesday, June 25, 2013 at Holy Name Catholic Church with the Interment in the Sheridan Municipal Cemetery with Full Military Honors. A reception will follow the Parish Hall.Memorials to honor Ray may be made to Wyoming Wildlife – The Foundation, P.O. Box 20088, Cheyenne, WY 82003 or to Holy Name Catholic School, 121 S. Connor, Sheridan, WY 82801.Kane Funeral Home has been entrusted with arrangements.