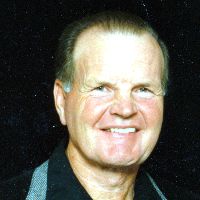 Reverend Walter Quay McDougall, 75, of Sheridan, formerly of Wyola, MT. Our beloved husband, father, grandfather, brother and friend to many, went home to his Heavenly Father on Tuesday, January 6, 2015, at the Westview Health Care Center after a brave and courageous battle with Alzheimer\'s and Parkinson\'s .Walter was born on March 8, 1939 to Rev. Kenneth and Elsie (Ratliff) McDougall in Glendive, MT. His father was a minister of the Assembly of God Church so they moved often to start a new church or pastor a small congregation in many MT towns. As a child Walt spent many summers on his grandfather Ratliffs ranch in Sonnette, MT. There he came to love and appreciate horses. They would become a big part of his life. Walt graduated from Red Lodge High School in 1957. In 1958, Walter joined the US Army.He met his wife Catherine (Thompson) in 1958, and before his departure for Germany they were married on October 20, 1958. His Army stint was shortened when his parents had a car accident that left his dad with a broken back. Walter was released from the Army with an Honorable Discharge to help his parents, in February, 1960.Walter worked for the United Buckingham Freight lines for 9 years in Billings, MT. He went into the concrete business in 1969, in Billings with Bill Kronmiller at Caprice Concrete. There were many projects completed in Billings, one of them was new scales for PAYS Auction.Walt went on his own when hired to do Housing for Indian Reservations. They sold their home in Billings and traveled five reservations in MT doing concrete for project homes. In 1975 they moved to Gillette, WY when the “Big Boom” had started with much construction!In 1976 he was hired by the foreman of Carroll Realty and Walt and his family moved to the Sheridan area. He built a home on the face of the Big Horn Mountains. Their children attended school in Big Horn and graduated from there. The 1980 - \'81 recession created a situation for them, to sell their home in Big Horn and then they moved to Wyola, MT.Walt followed his heart to minister with the Native American people. He worked under Rev. Charles Wilson of the Wyola Baptist Community Church and was licensed as a minister in June of 1993. Later in 2004, he was ordained by the Harvester Christian Fellowship. He loved his God and Savior Jesus Christ and shared his testimony of love.An honor was bestowed on him by a Crow family; he was adopted into the Big Lodge Clan and named a spiritual uncle, many came to him for prayer and instruction. He loved the Native American Indian and served them with humility and love.In 1989, Walt and his son, Rick, formed a company RAM Concrete Inc. Their business was operated in Sheridan and the surrounding areas. Walt retired from the business in 2004, due to complications with Alzheimer\'s.Walter enjoyed camping, fishing, hunting, horses and leather crafting.Walter was preceded in death by his parents, son, Kenneth, grandson, Dallas, great granddaughter Kendra, brother Chester, sister, Maxine, several brothers and sisters in law. He is survived by his wife Catherine McDougall of Sheridan, WY, children, Walter Scott (Tammy) McDougall of Sheridan, WY, Rick Andrew (Juli) McDougall of Banner, WY, brother Kenneth (Helen) McDougall of Prosperity, S.C., sister Elizabeth (Bill) Tallakson of Oakview, CA, eighteen grandchildren and thirty five great grandchildren.Services for Reverend McDougall will be held at 10:00 am on Monday, January 12, 2015, at Kane Funeral Home with Pastor Scott Orchard officiating. Interment with Military Honors will be in the Sheridan Municipal Cemetery with a reception to follow in the Kane Reception Hall.Ralph Emerson wrote: “To laugh often and much; to win the respect of intelligent people and the affection of children; to leave the world a better place; to know even one life has breathed easier because you lived; this is to have succeeded”.This was Walts life! A Tribute from his wife of 56 years.Donations to honor Reverend Walter McDougall can be made to the Alzheimer\'s Foundation of America, 322 Eighth Ave., 7th fl., New York, NY 10001.Kane Funeral Home has been entrusted with arrangements.