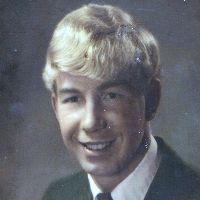 Richard “Dancer” Allen Zingham, 64, of Sheridan, passed away on Monday, December 4, 2017 at his residence.Dancer was born on March 24, 1953 in Sheridan, WY to parents Richard and Helen (Pidde) Zingham.As a young boy Rick was very involved with 4-H and baseball. He loved horses and was an accomplished horseman. Living next to Big Goose Creek also entertained him by providing opportunities for fishing, swimming, and even ice skating in the winter time.Being raised on a small farm taught him how to work hard, and he did just that for the rest of his life. After High School Rick went to work for the railroad for a short time, working on a track gang, where he got the nickname Dancer, short for gandy dancer, a title he carried from then on.Later, Dancer fell in love with rock work and it became his passion. He stared his own business called Petra Stone, and he became an artist at his craft. He worked hard but enjoyed a break from time to time to meet a few more fish and hunt the elk he loved.He married Paula Sandberg and remained with he4r for many years, but later divorced. He lived in Story, WY for the most of his life. He loved the people there and of course it was close to the mountains. Rick loved life, always teasing someone or laughing with someone. He will be missed by all who knew him.Dancer was proceded in death by his parents, and sister Joyce McGregor. He is survived by his brother Scott Zingham of Sheridan, WY, nieces Jessica (Gus) Kaminsky and children, Melissa (Chad) Breshears, Molly (Ben) Cox, nephew Justin Zingham.Memorials to honor Dancer can be made to The People\'s Assistance Food Bank, 2560 N. Main,Sheridan, WY 82801. A Luncheon Reception will be held at noon on Saturday, December 16, 2017, at the Story Woman\'s Club.Kane Funeral Home has been entrusted with arrangements.