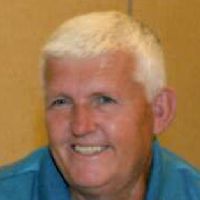 Richard Glenn Watson, 61, a long time resident of Sheridan, WY, was graciously called home by his heavenly Father on Tuesday, November 10, 2015.He was born in Delta, CO, to George and Edith Watson on July 1, 1954. A graduate of Hotchkiss High School, he loved the outdoors and hunting and fishing.He worked for several years in retail sales and more recently as a self employed handyman. One of the high lights of his life was traveling to Colorado to spend time with his family and friends.He is survived by one brother, Donald Watson (Deborah) of Sheridan, WY, and three sisters, Louise Walgren (Wayne) of Craig, CO, Anna Kline of Grand Junction, CO, and Shirley Sanders of Delta, CO.The family will hold a private memorial at a later date.Kane Funeral Home has been entrusted with arrangements.