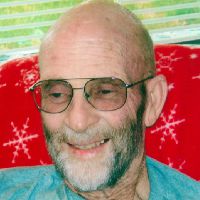 Richard James RogersMay 7, 1945 – August 14, 2015Richard passed quietly in his sleep on the 14th of August, 2015. He was born May 7th, 1945, in Douglas, WY to Roscoe and Erma (Stroh) Rogers. He was a standout athlete in high school and married the prom queen, Constance Wilkinson. He proved his manhood and fathered his beautiful daughter Geri and his overly intellectual son, Richard James, Jr. The age of Aquarius caught up to him and Uncle Sam drafted him and sent him to a little place they called Vietnam in 1970. In 1971 he came home to care for his two children after Connie was killed in a 1969 Mustang. He raised his two children as a single father until 1976, when he met and married Jean Specketer. She, unfortunately left this world in 1980. Richard continued on as a single parent. He spent his life as a rig hand, coal miner, a lover of any Ford with a V8, especially Mustangs and lastly as a rural mail contractor. He was a cranky old guy but was of quick wit and snappy, not politically correct comebacks. He was preceded in death by his two wives Connie and Jean, his mother Erma and father Roscoe and brothers Tommy and Robert. He is survived by his twin brother Rodney, sisters Patricia and Linda, his two beloved children Geri and R. J., his adopted son, Dorel Roberts and his granddog, Cooper.No Services will be held at this time.Kane Funeral Home has been entrusted with arrangements.