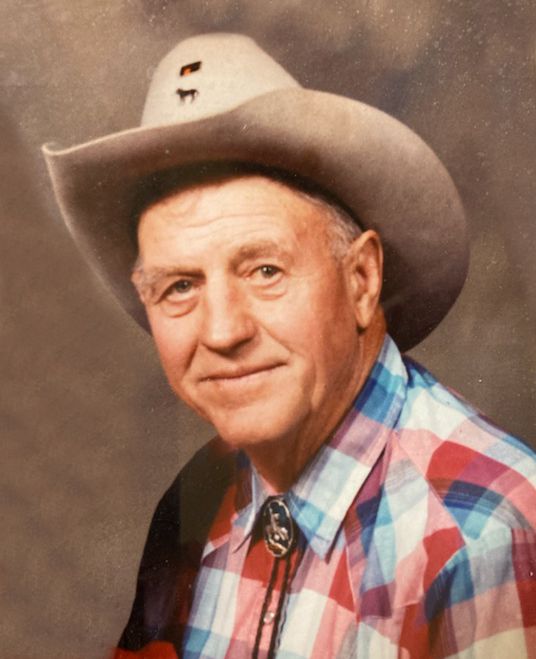 Richard Eugene Snider 94 of Sheridan, Wyoming passed away on March 5, 2022. Richard was born on July 28, 1927 in Sheridan, Wyoming to John W.(Pete) Snider, and Euvon, (Moore) Snider.  He lived at Clearmont for the first 12 years of his life.  Richard graduated from Sundance, High school in 1946.  He loved Football and Basketball.  He married the love of his life, Irene (Roark) on September 15, 1946.  They were married for 72 years.

Richard and Irene ranched west of Sundance on Houston creek for 55 years raising Sheep, Cattle, Horses and three children, Gary, John and Judy.  Crook County was our home.  Richard was in the Farm Bureau ,the Wool Growers, the Cattle Association, Sundance School Board, and many other community organizations.

On the Ranch he entertained many people: riding horses, driving a tractor, sleigh riding in the snow.  He could fix any piece of equipment, over haul any tractor, weld anything that was broke, he could train any horse, run any chain saw, and build a sheep tight fence, he loved ranching.  He was a great shepherd.  He re-cycled everything, and he took care of the land, water, and the livestock.

After their retirement in 2001.  Richard and Irene moved to Sheridan to take care of his parents.  He spent the last 15 months of his life in Midland, Texas close to his son John.  In his heart and mind he never left Wyoming.

He is survived by his children, Gary and his wife, Cyndi, John and his wife, Patty, and daughter, Judy.  He was also survived by six Grandchildren, many nieces, nephews, cousins and friends. He was preceded in death by his parents, infant son, David, and his wife Irene.

There will be a grave side service for Richard in Sheridan Wyoming at the Sheridan Municipal Cemetery on May 4th at 11:00 a.m.  His ashes will be buried next to Irene.

Date:
May 4, 2022
Start Time:
11:00 am
Location:
Graveside service to be held in the Sheridan Municipal Cemetery.
Tribute VideoService VideoService Brochure