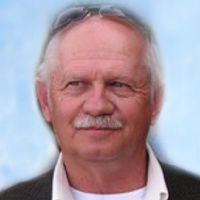 Richard “Rick” B. Ballard, 67, of Sheridan, passed away on Monday, July 20, 2015, at the Sheridan Memorial Hospital. He was born in Billings, MT, on July 27, 1947, to parents Bryan and Marjorie (Scarborough) Ballard. He married Holly Carter in 1988, and raised a family of 5 children with her. They were married 27 years.Rick was retired from the Montana National Guard after 39 years, and was a journeyman meat cutter for many years... He also was quite a carpenter and had his own construction company. He enjoyed fishing, camping, 4-wheeling, motorcycling, home improvements, carpentry work and running his business. He was a member of the American Heart Association and was a Board Member of Eagle Ridge. Rick started his medical career working for Billings Ambulance Service in 1977, in Billings, MT. He then continued on after moving to Sheridan, WY, in 1985, and went to work for Sheridan 911 and Sheridan Fire Rescue. In 2000, he opened up Rocky Mountain Ambulance Service. He taught several EMT and CPR classes throughout the community and touched thousands of lives. He was a major player in protocol and improvement for cardiac care across the state for both in hospital and EMS. He was a major member of the equipment advisory council committee which enabled the State of Wyoming to get major cardiac monitoring equipment across the state. He held many other certifications... too many to mention. Rick was preceded in death by his parents, Bryan and Marjorie, brother, Robert, sister, Michelle and many aunts and uncles. He is survived by his wife, Holly, children, Rob Ballard of Phoenix, AZ, Keith (Marcee) Ballard of Phoenix, AZ, Angie Ballard of Sheridan, WY, Greg (Dee) Carter of Sheridan, WY, Kevin (Cosette) Allred of Salt Lake City, UT, siblings, Diana (Ken) Kaiser, of Sacramento, CA, Suzanne (Mark) Wollenburg of Billings, MT, Kathleen (David) Brown of Billings, MT, and ten grandchildren, Blake, Brooke, Brock, Nichole, Josh, Ivy, Brinley, Brodey, Braden and Becklynn, many nieces and nephews that were very special to him.A Visitation will be held from 6:00 to 8:00 on Thursday, July 23, 2015, at Kane Funeral Home. Services will be held at 1:00 on Friday, July 24, 2015, at the First Baptist Church with Pastor John Craft officiating. Burial with Military Honors will follow in the Sheridan Municipal Cemetery. A reception will follow at Rocky Mountain Ambulance at 731 Broadway St., Sheridan.Memorials to honor Rick may be made to the American Heart Association at 710 2nd Ave., Suite 900, Seattle, WA 98104.Kane Funeral Home has been entrusted with arrangements.