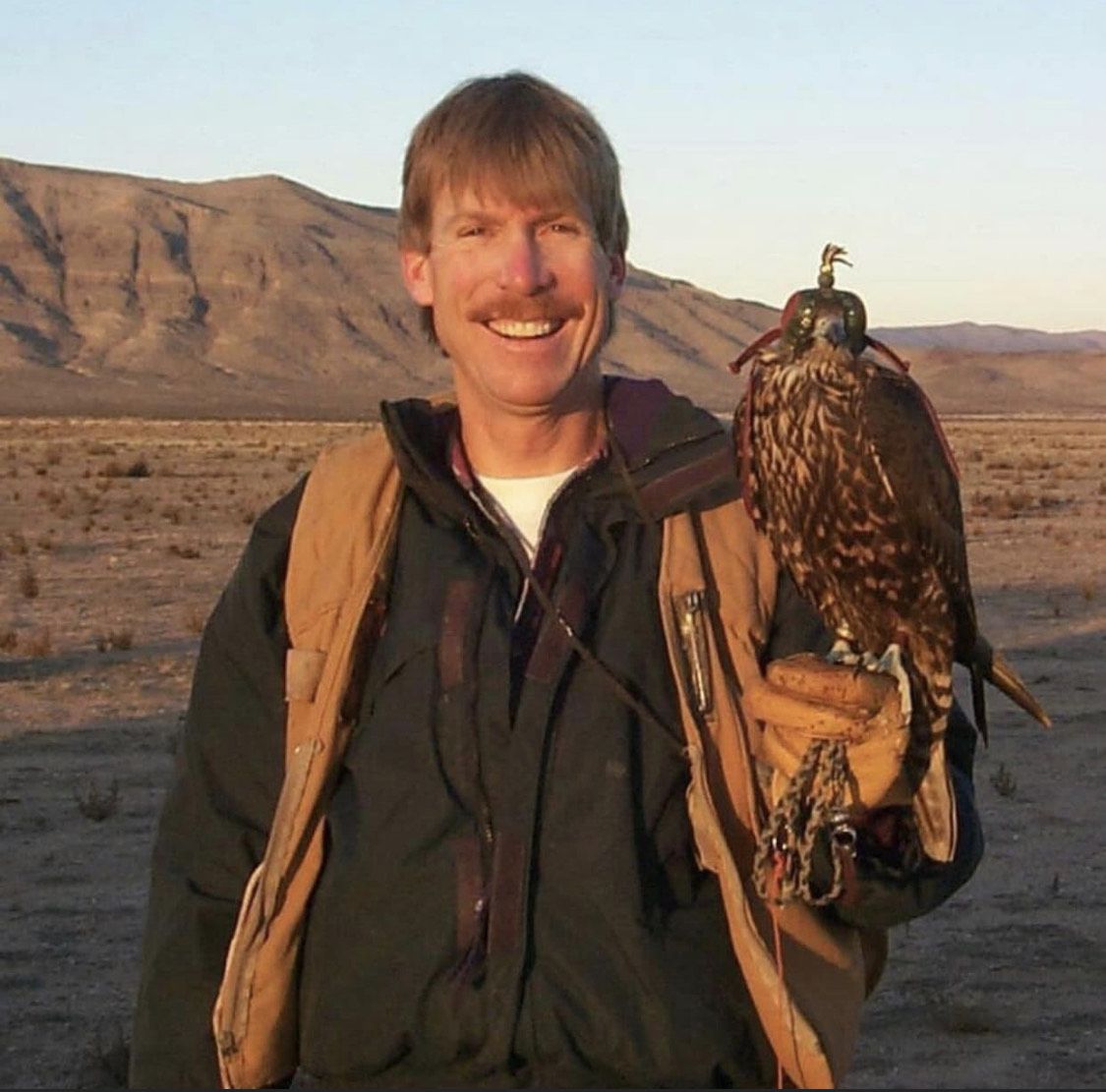 Rick grew up in Rancho Palos Verdes, California, where he first developed his lifelong fascination with nature, particularly birds of prey. As a young man, he spent his free time hiking through the hills, scaling cliffs and climbing trees to learn more about them. This interest led him to pursue a major in biology at Chico State University, where he earned a Bachelor of Science degree. He also had the opportunity at Chico to become a licensed falconer.

Upon graduation, Rick combined his educational training with his love for raptors by going to work at the UC Santa Cruz Predatory Bird Research Group. He was among a group of visionary young researchers who helped steer the critically endangered peregrine falcon from the brink of extinction. Afterwards, his gift for training birds led to his employment as a professional bird trainer at bird shows in Minneapolis, MN and Fresno, CA.

Rick honed his bird training skills on his favorite birds - falcons. He was an avid falconer who adjusted his lifestyle to accommodate his passion and spent much of his adult life hunting with his falcons across the western States. His travels allowed him to make friends not only in the US, but worldwide, and he was respected for his falconry skill, insights, and willingness to help other falconers. He was a member of North American Falconry Association, California Hawking Club, and he joined the Wyoming Falconers’ Association after moving to Sheridan in 2003. He enjoyed the Sheridan community of falconers who support each other in their singular passion.

Rick was a keen observer of nature and shared with Gwen his love of all wildlife. He was a gentle, caring soul, rescuing and rehabbing any animal when the situation arose. He enjoyed giving falconry talks to home-schoolers here in Sheridan, as well as talks to Boy Scouts and Senior Citizens in Ashland, Kansas where his falcons hunted prairie chickens for over 30 years.

Rick was a storyteller extraordinaire, and a videographer. He had been digitizing his VHS tapes in the last few years, sharing clips with his family and falconry friends across the States and abroad. He was also an excellent chef, particularly of wild game. One of his most legendary dishes was abalone, which he dove for on the northern California coast.

He recently started introducing himself saying, “Hi, my name is Rick, and I’m a hoarder!” He loved collecting antiques and junk, believing he was saving the earth and his pockets, knowing he owned what he needed - somewhere! He had many projects in the works and referred to himself as a 90%er!

A Celebration of Life for Rick will be held Saturday, September 17, 2022 at the home of Rick & Gwen's place. In lieu of flowers, contributions can be made in the name of Rick Sharpe to The Archives of Falconry at the Peregrine Fund, 5668 Flying Hawk Lane, Boise, ID 83709.