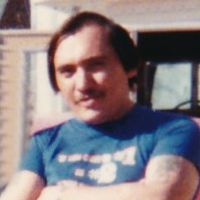 Rickey Joseph Lacey, 63, of Sheridan, passed away on Saturday, March 25, 2017, at his home. He was born May 7th, 1953, in Shelby, MT, to Betty and Glen Lacey. He served in the US Navy for three years during the Vietnam War.Rickey enjoyed hunting, fishing in the Big Horn Mountains and spending time with family and friends.Rickey was preceded in death by his parents, Glen Lacey and Betty Lacey. He is survived by his daughter, Dusty Lacey and his brother Roger (Samantha) Lacey, several grandchildren, one great grandchild and a nephew and niece.Private services will be held at a later date.Kane Funeral Home has been entrusted with arrangements.