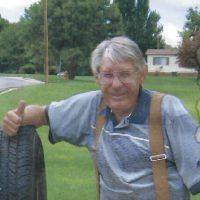 Ricky T. Petsoff, 65, of Sheridan, passed away on Saturday, October 8, 2016, at the Sheridan Memorial Hospital. He was born on June 17, 1951, in Casper, WY, to parents George and Constance (Demos) Petsoff. He married Kathie Spaulding in North Glenn, CO, on September 22, 1973.Rick\'s passions were his family and work. He loved to cook and work with his hands. His favorite place was his cabin in Story. He was a kindly gentleman and well liked by everyone. He was renowned for his sense of humor.Rick was preceded in death by his parents. He is survived by his wife, Kathie, his children, Richard “Ricky” Thomas Petsoff of Sheridan, WY, Mary “Fran” Frances (Dusty) Pack of Sheridan, WY, brother, Randy Petsoff of New York, NY and three grandchildren, Gracie Renee Petsoff, Jordan Joseph Petsoff and Shaun Richard Pack.Private Family services will be held.Kane Funeral Home has been entrusted with arrangements.