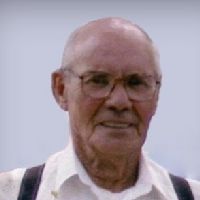 Robert A. Blakeman was born on August 14, 1928, in Carlile,WY, to Fred (Fritz) Blakeman and Frances Roberts Blakeman and passed away in his home in Sheridan,WY on February 15, 2016.Robert was a lifelong member of the Old Apostolic Lutheran Church and the faith he received carried him through death.  He worked in uranium mines, heavy equipment and was a motel/laundromat owner. He lived his retirement with his wife Edith (Redinger) Blakeman in Sheridan,WY.Robert is survived by his wife Edith, 2 sons, Larry (DeAnn) Blakeman of Yacolt, WA and Dan (Dawn) Blakeman of Pine Haven,WY,  1 daughter Lauri of Sheridan WY and 1 son- in-law Monty (Annabelle) Norris of Moorcroft, WY, siblings, Marabel Gates of Sheridan, WY, Dallas (Marie) Blakeman of Hancock, MI, Lois (Ray) Morgan of Gillette, WY,Ima (Frank) Massie of Belle Fourche, S.D., Tom Blakeman of Apache Junction, AZ., 25 grandchildren, 80 great grandchildren and 31 great-great grandchildren.  He was preceded in death by his parents, 2 sisters, 6 brothers, 1 daughter, 2 granddaughters and 2 great great grandchildren.A Visitation will be held from 6:00 to 8:00 p.m. on Thursday, February 18, 2016, at the Old Apostolic Lutheran Church. Funeral Services will be held at 10:00 a.m. on Friday, February 19, 2016 at the Old Apostolic Lutheran Church at 111 Metz Rd, Sheridan,WY. Burial will be at 2:00 p.m. in the Moorcroft, WY, Cemetery. Please join the family for lunch and fellowship immediately following the burial service at the Old Apostolic Church at 712 Lincoln St., Moorcroft, WY. Memorials to honor Robert may be made to the Old Apostolic Lutheran Church at PO Box 4024, Sheridan,WY, 82801.Kane Funeral Home has been entrusted with arrangements.