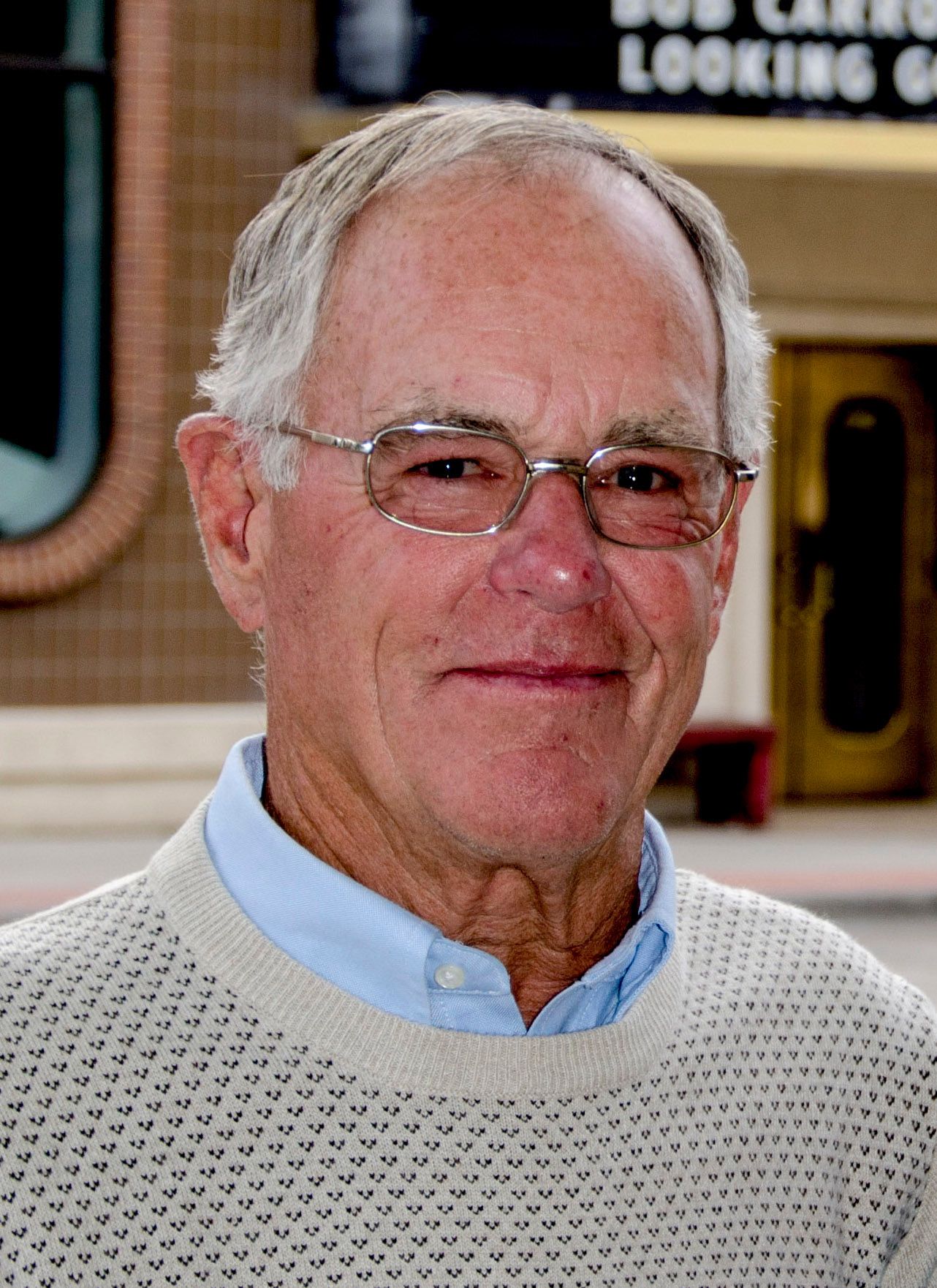 Robert Blaine Carroll, 87, went home to his Savior on the 4 th of July, 2021 after a long struggle with Alzheimers and Cancer. His grandfather. Robert E. Carroll,

also died on the 4 th of July 55 years ago. Bob was born in Sheridan, WY on June 9, 1934, the first child of Clifford and Genet Hussey Carroll. He was also the

first grandchild born to Robert E. and LaVina Carroll of Sheridan.  His maternal grandparents were Blaine and Maude Hussey of Franklin Grove, IL.

Bob attended Sheridan schools and graduated from Sheridan High School with the class of 1952. During high school he played trumpet in the band and played

football for the Broncs. He was selected to attend Wyoming Boy's State.  After graduating, he attended Bob Jones University before transferring to Hastings

College in Nebraska where he played trumpet in their traveling band.  In 1955 Bob joined the United States Navy where he served in the S. Pacific aboard the

Destroyer, The USS BRAINE.  He was a Disbursing Clerk who handled the ship's payroll.  He was honorably discharged in April of 1959.  Upon his return to

Sheridan, he immediately joined his family in the operation of Carroll's Furniture where he remained for 41 years, retiring as owner/manager in 2000. An annual

event for Bob and Sally for over 40 years were buying trips to furniture markets in Chicago, Dallas, San Francisco and North Carolina.  In later years they were

joined by son Chris and his wife Lexie on their buying trips. Bob was very proud that he was actively a part of successfully keeping Carroll's Furniture a vital part

of downtown Sheridan for 101 years. A business started by his grandfather in 1919, a business that survived a depression, World War II and a devastating fire

overseas.  After Bob's discharge from the Navy in April of 1959,  he and Sally began dating and they were married on April 17, 1960.  They celebrated their 61 st

anniversary this year.  Bob grew up in The First Baptist Church and spent many years serving on the Elder Board, Ushering and singing in the choir.  Bob also

was active in his community serving on the YMCA board, the Chamber Board, and many years as a member of the Lions Club, and organizing a State

Convention while serving as President.  Bob was an expert downhill skier and downhill and slalom racer and served many years on the National Ski Patrol.  He

taught his boys to ski and brought a couple of family members off the hill in a toboggan due to injuries.  He was actively involved in the startup of the Antelope

Butte Ski Area. He served on the board of Sheridan Country Club and golfed there many years.  He was saddened when the club closed.

Bob and Sally spent 17 winters as snowbirds at the Pueblo El Mirage Golf Resort in the west valley of Phoenix. They loved the AZ winters and the fun times they

had with all the wonderful friends that they made there.  While there, Bob served on the Elder Board at the local church, sang in the choir and participated in a

He loved the Big Horns and loved to fish and was an avid elk hunter. Bob loved his family and was so proud of his boys!  He and Chris had a wonderful working

relationship at Carroll's Furniture for 20 years until Bob retired in 2000 and Chris took over as 4 th generation owner. Bob and Sally loved to travel and took many

trips to Hawaii, Mexico, Alaska and Canada as well as in the 48 US states. They took their whole family to Kauai in 2010 where they celebrated their 50 th

anniversary and renewed vows on the beach at beautiful Hanalei Bay.  Bob and a group of friends took an annual fishing trip to Northern Saskatchewan for 20

years.  He and Sally also took several cruises together and with friends.  A favorite vacation place was Jackson Hole. They stayed on Jackson Lake with

family & friends for many years. Bob was a man of varied interests. He loved music, football, golf, hunting, fishing, racquetball, playing cards , walking and was

a loving family man of deep faith.  He had many friends who loved and respected him.  His sons looked up to him as a great role model.

Bob was predeceased by his parents, Clifford and Genet Carroll, and his brother, Donald Carroll (Janet) of Gunnison, Colorado.  Those left to mourn his passing

all of Sheridan and beloved comfort dog Maddie (5).  Also, his sister, Francy Osgard (Dennis) of Ukiah, California.  Bob was the oldest living member of a very

Thanks to all the friends and family that have been a support to our family during these difficult months. Also to the kind &amp; caring caregivers that have made his

journey and ours a little easier. Son, Mark moved home from Texas to help care for Bob, making it possible to keep him at home until 12 days before his passing.

A service with military honors will be held at First Baptist Church on Tuesday, July 20 at 11:00 o'clock with Pastor Chuck Gifford officiating.   A section will be

reserved for those who choose to wear a mask. Lunch will be served immediately following the service at the church. Graveside service will be at 1:30 at Sheridan

Municipal Cemetery. Kane Funeral Home is in charge of arrangements.

Memorial gifts may be made to Habitat for Humanity of the Eastern Bighorns or donor’s choice.

Date:
July 20, 2021
Start Time:
11:00 am
Location:
Funeral services with military honors to celebrate Bob's life will be held Tuesday, July 20, 2021 at 11:00am at First Baptist Church with a reception to follow. Interment will take place at 1:30pm in the Sheridan Municipal Cemetery.
Tribute VideoService VideoService Brochure