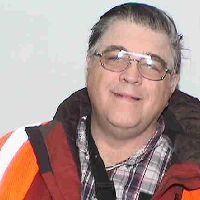 Robert Dee Ray Conley, 68, of Sheridan, passed away on Wednesday, April 22, 2015, at his residence.Robert was born on February 16, 1947, to James and Jean (Starina) Conley Jr. in Sheridan, WY. He graduated from Big Horn High School. He went on a two year LDS Mission, and then he served in the Air Force for ten years. He attended Sheridan College and Business School in Salt Lake City, UT, and later worked as a Night Manager at the Mill Inn for twenty years.Robert liked to play pinochle, going to movies, collecting movies, and calling Bingo at Heritage Towers. He especially liked spending time with people. He would think of his friends when he was out shopping and would call them to let them know what was on sale, and he would often purchase items for them too.Robert served as the President of Resident Council at Heritage Towers, and was a member of the local chapter of AARP.Robert was preceded in death by his grandparents, and his mother Jean Conley. He is survived by his parents, James (Glenna) Conley Jr. of Sheridan, WY, brothers; David (Glenda) Conley of Sterling, CO, Tommy Jean Conley of Sheridan, WY, niece- Lindy and nephew- Kevin. Also, by his step siblings; Diana (David) Cook, Candice Braley, Douglas (Sandy) Cazier, and Darrell (Kim) Cazier.A Celebration of Life will be held at a later date.Memorials to honor Robert can be made to Sheridan Senior Center, 211 Smith, Sheridan, WY 82801.Kane Funeral Home has been entrusted with arrangements.