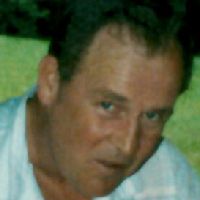 View Service Folder | Click for Video Tribute In loving memory of one of the most amazing men that ever walked the planet, Robert Dale McVay, or as known by many “Bob”. With more dignity, grace and bravery than most, he faced a final battle. Although he knew the odds were against him, instead of laying down and giving up, Bob made the choice to fight the cancer with love, laughter, and live life to its fullest. He served his early years in the Army and with U.S. Military Intelligence and the CIA. Bob later retired from the Post Office and worked after retirement with First Interstate Bank and All Truck Corral. During his last years Bob took care of several animals and people who needed help. He always had a smile and a kind word. Even when hurting, Bob could always make you laugh, he loved people and never met a stranger. You could always count on Bob for anything, if someone was hurting he always would do what he could to make it better. He loved fishing and playing cards. During his last months he learned to make flies for fly fishing and he took up painting. Bob\'s family and his extended family was priceless to him, he loved them very much. Please come join Martha and the family to help celebrate Bob\'s life. He was a loving husband to Martha E. McVay of almost 48 years, and father to Jamie Finger, Steven Sweimler and Robbin McVay.Bob was preceded in death by his parents, Dale and Louise (Hicks) McVay. He is survived by his wife, children, siblings, Jimmy McVay and Family of Newcastle, WY, Richard McVay and Family of Casper, WY, Millie Scott of Newcastle, WY, four grandchildren and five great grandchildren, nephews, Donald Scott, Cody Scott, Brian McVay, and Clinton Whitney, nieces, Patty Whitney and Christy Allen along with grand nieces and nephews.A Celebration of Life will be held at 3:00 p.m. on Wednesday, March 19, 2014 at Kane Funeral Home with Chaplain Arden Haeffner officiating. Full Military Honors will follow the service.In lieu of flowers, per dad\'s request, donations may be sent to the Second Chance Cat Rescue at PO Box 7254, Sheridan, WY 82801.Kane Funeral Home has been entrusted with arrangements.