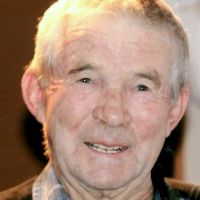 Robert E. Connolly, 76, of Sheridan, passed away on Friday, August 29, 2014, at his home surrounded by his family.Bob was born on October 28, 1937, in Sheridan, WY to Elmer and Mary (Buckley) Connolly. He grew up in Sheridan and joined the Navy at 17. After serving in the Navy, he married Rita Heinz on September 9, 1964, and together they had three children.Bob worked at Jersey Creamery for over twenty years, Steve\'s Trucking for over twenty years and also at Mullinax. He really enjoyed hunting, fishing and especially spending time with his family and grandchildren.Bob was preceded in death by his parents, siblings; Pat, Tom, Esther, Anna Belle, Evelyn, his son; Rob, niece, Judy and a grandnephew Mitch. He is survived by his wife, Rita, children; Rick (Amanda) Connolly, and Michelle (Sam) Phelps. His siblings; Florence (Ed) Dahlin, Marietta Bickel, and Dale Connolly, ten grandchildren; Garrett, Wayde, Carissa, Nick, Matt, Dylan, BreAunna, Lexi, Mercedez, and Brendon all of Sheridan, WY.Memorials to honor Bob can be made to the Hospice of the Big Horns,PO Box 391, Sheridan, WY 82801.Bob requested to be cremated and no services are planned.Kane Funeral Home has been entrusted with arrangements.