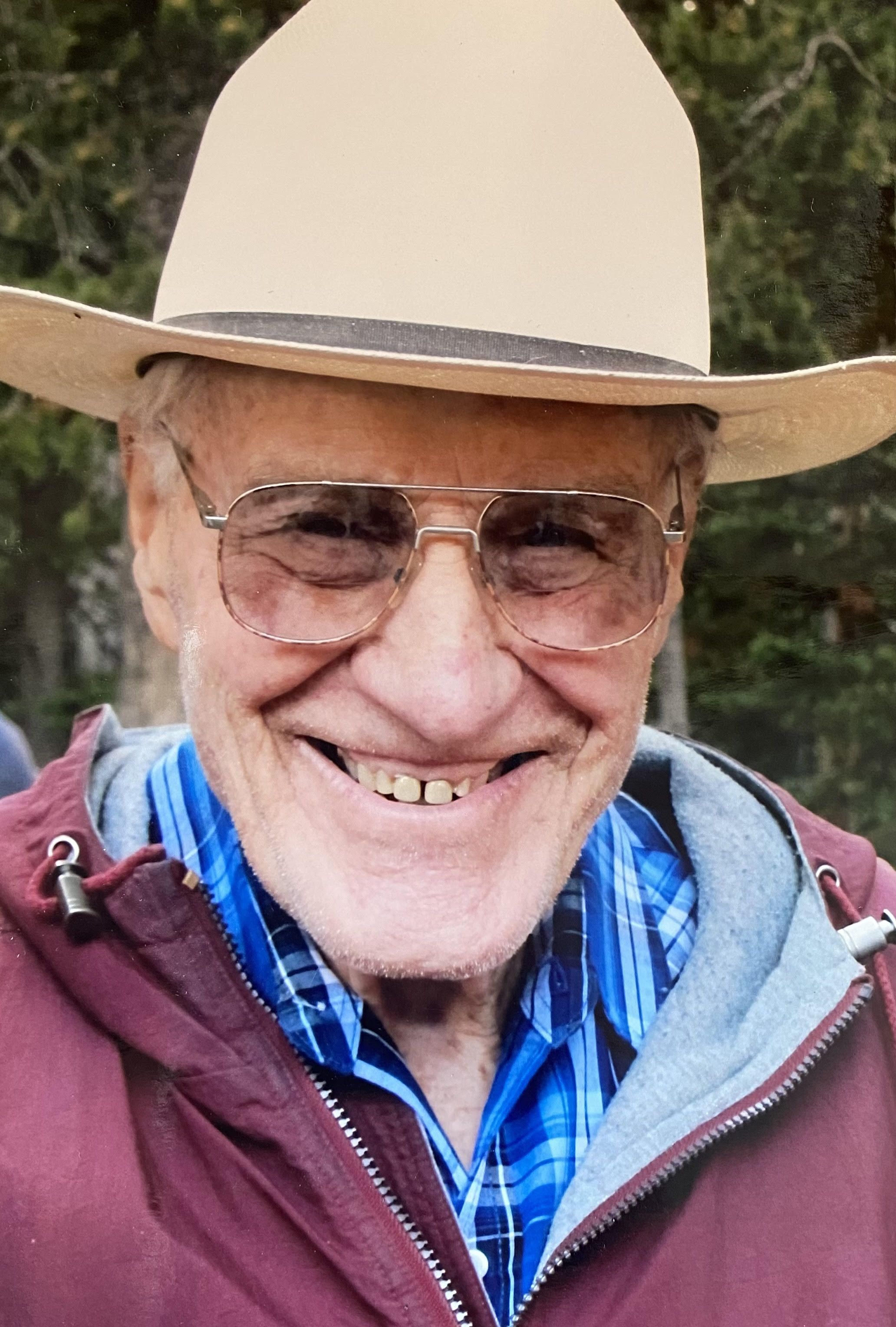 Bob Graves was born February 17,1928 in a good ol’ Wyoming blizzard, in Sheridan Wyoming. He was named after the general Robert E. Lee.  His parents were Goldie Graves (Sales), and Roy Lewis Graves.  He was born and raised in the shadow of the Big Horn mountains.  His siblings were Dick Graves, Charlotte Smith (Graves), and Margie Graves.  Bob was always on adventures as a child! When Bob was 11years old he rode his horse from Sheridan to Big Horn and stayed the night at his uncle and aunt's house. The next morning he was sent with a bag of oats for the horse and a sandwich for him, and up theBig Horn mountains to Dome Reservoir he went, where his dad was awaiting his arrival! As a teenager he worked on the Experimental Farm where he farmed and plowed with his beloved team of horses, Mike and Bess. He also thrashed grain at the Home Ranch along with many other ranch duties.

Bob joined the Army on April 16, 1946. He was a military police officer and spent time in the Philippines.  After being honorably discharged,he returned home to marry Marilynn Furhman, later divorcing. His only child, William Graves, was born on November 14, 1955.  Bob held a job at the Big Goose Water Intake for many years, always sharing stories about the wildlife he saw while working there. Bob was an extremely hard worker who took pride in everything he did. Later in life he metRose Lowe, who will forever hold a special spot in his heart.

Bob gained a daughter-in-law, Laurie Graves (Taylor), in June of ‘86. Next came retirement for Bob, and the welcoming of two grandkidsTaylor Graves and Caty Clabaugh (Graves).  Bob spent as much time ashe could with his grandkids and family, also later reconnecting with an old friend, Alice Hepp. They went on many trips together to Yellowstone and enjoyed retirement together. A tradition in the Graves household was to go to Laramie in the fall to watch Wyoming Cowboys football games! Bob loved his football and the Cowboys!Another love was to go to the Big Horn school to watch Taylor and Caty play in their sports. He didn't miss a game, music concert, or anything meaningful to his grandkids. He was blessed yet again with two great granddaughters, Cambree Lynn Clabaugh (Caty and Lamont) andMyla Dean Graves (Taylor and Andrea). Bob couldn’t have been more proud to be a great grandfather. He loved his nieces and their families. Bob was tougher than leather and the best father and grandfather that his family could have asked for.

Bob came into this life in a blizzard and left this life in a Wyoming blizzard and will be treasured in his family's hearts forever. Bob was an avid animal lover and in honor of his death, donations can be sent to Sheridan Dog and Cat Shelter. Private graveside services will be held at a later date. Military honors will be presented.