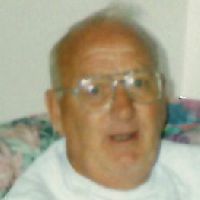 Robert “Bob” E. Sheldon, 83, of Sheridan, passed away on Tuesday, July 29, 2014 at the Sheridan Manor.Bob was born on January 5, 1931, in Sheridan, WY, to parents Horace and Signe Mossberg Sheldon. After graduation he joined the US Marines in October of 1951. He married Wilma Heagy in Sheridan on February 8, 1958.Bob enjoyed softball, pitching horseshoes, fishing, golfing, hunting and watching his grandchildren play sports. He was a lifetime member of the Elks and a member of the First Christian Church.Bob was preceded in death by his parents: Horace and Signe, siblings: Amy, Warren, Margaret, Betty, Charles, Jack, Sigie, and Dick. He is survived by his wife, Wilma, children: Rhonda (Zeb) Ashley, of Gainsville, GA, Tom (Patti) Sheldon, of Seabeck, WA, Chuck (Laura) Sheldon, of Portland, OR, sisters: Dorothy Scharer, of Maple Valley, WA, Alva (Hank) Lupiezowietz, of Sheridan, WY, ten grandchildren,five great grandchildren, and many nieces and nephews.A Celebration of Life will be held at 10:00 on Friday, August, 15, 2014, at the First Christian Church with Pastor Doug Goodwin officiating. Inurnment will follow in the Elks Memorial Cemetery with Military Honors. A reception will be held at the church.Memorials to honor Bob may be made to the Sheridan Senior Center at 211 Smith St., Sheridan, WY 82801.Kane Funeral Home has been entrusted with arrangements.