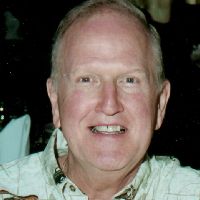 Robert Ekis, 68, of Sheridan, Wyoming, passed away on Wednesday, October 22, 2014 at the Sheridan Memorial Hospital.Bob was born on April 19, 1946 to Elgin Ekis and Avanelle (Gunnels) Richards in Sheridan, Wyoming. He graduated as part of the class of \'65 from Sheridan High School, studied psychology at the University of Wyoming in the class of \'76, and served in Hawaii in the United States Navy from \'68 to \'71.Bob enjoyed spending time with his family (especially his grandchildren), fishing, silversmithing, but his favorite pastime was eating food his doctor told him not to.Bob was preceded in death by his parents, his partner Denice Lewallen, sister Loretta, and brothers Leroy and Ralph. He is survived by his children, Jeremiah Ekis of Montpelier, VT, Nathan Ekis and wife Emily of Milford, NH, Heather Johnson of Milford, MA, Mary (Ekis) Bradley and husband Tyler of Barre, VT, his siblings, Elizabeth (Ekis) Parsons of Mountain Home, ID, Charles Ekis Sr. of St. Leonard, MD, James Ronnie Ekis of Sheridan, WY, and his grandchildren, Talvi, Sydney, Landon, Giovanni, Lucas, Zachary, Chris, Izack, Jacob, Natalie, and Benjamin.Visitation will be at 9:00 am on Thursday, October 30, 2014, with services at 10:00 by Pastor Doug Goodwin at Kane Funeral Home in Sheridan. Interment will be in the Sheridan Municipal Cemetery with Military Honors.In lieu of flowers, memorials to honor Bob can be sent to the American Heart Association (www.heart.org).Kane Funeral Home has been entrusted with arrangements.