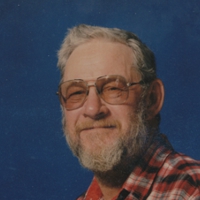 Click Here For Directions | View Service Folder | Click For Video Tribute Robert “Bob” G. Ritter, age 84, passed away peacefully with his family by his side on Tuesday, January 7, 2014 at the Sheridan Manor in Sheridan, WY.Bob was married to Betty E. (Lytle) Ritter on September 6, 1947. He was born in Ventura CA, and raised by two aunts and maternal grandparents mostly in Buffalo and Kaycee, WY.Bob was preceded in death by his wife of 56 years, Betty; his brother, Dusty Ritter; his sister, Norma Martin; his son, George Edward; a grandson, Hazen Trevor and a grandaughter, Katie Mae. Bob is survived by a brother, Donald E. (Anna L.) of Medford, OR; daughter-in-law, Patti (Markley) Ritter of Creston, OH; children: Ardith (Jerome) Aerni of Spokane, WA; Binji (Kevin) Bartes of Chandler, AZ; Amy (Eugene) Speidel and Becky (Matt) Moody both of Sheridan, WY; grandchildren: Kara, Ron (Kelly), Stephanie (Scott), Chris (Gina), Justin (Lisa), Wesley (Laura), Uriah (Valerie), Samantha (Jacob), Nicholas, Megan and Haylee; along with his great-grandchildren: Dorian, Jagger, Jacob, Cale, Soleil, Cora Jane, Quin, Clara Cate, Nathaniel, Harry, Madison, Sam, Audrey, Anyston and Keaton.Bob was a long haul trucker for most of his life. He loved anything that had wheels and an engine. He was involved in all types of racing, Nascar, sprints and late models. He was a race car driver/ builder as well as a track designer/builder and track official. Bob and Betty spent every moment they could seeing the world on a motorcycle. Most places he lived he was involved with Volunteer Fire Departments and Search and Rescue organizations. He was a life long Chicago Bears fan and an Honorary Lifetime member of the American Trike Association.A Visitation for Bob will be held from 6 to 8 p.m. on Sunday, January 12, 2014 at Kane Funeral Home. Services for Bob will be held at 10:00 a.m. on Monday, January 13, 2014 at Kane Funeral Home with Pastor John Jackson officiating. Inurnment will be at the Willow Grove Cemetery in Buffalo, WY. A Reception will follow the Graveside Service at the Sunrise Assembly Church at 570 Marion St., Sheridan, WY.Memorials to honor Bob may be made to the Welch Cancer Center, Sheridan Memorial HospitalFoundation, P.O. Box 391, Sheridan, WY 82801.Kane Funeral Home has been entrusted with arrangements.