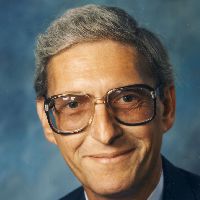 Robert Gorski, 79, a Sheridan resident passed away April 13, 2014 at the VA Medical Center. He was born on July 29, 1935, in Oak Park, Illinois to Lillian Gorski and Joseph Gorski. He was raised in Oak Park and Berwyn, IL where he attended Morton High School, Morton College and Devry Tech.Bob joined the U.S. Army in February, 1955. He served two years in the Army serving a year and a half in the Colorado mountains, training for the snow patrol during the Korean War. After his military service, he spent his working career in the real estate and financial industry as a financial consultant and teacher. He met his wife Nadine (Boley) of Sheridan in Chicago, they were married in Sheridan in 1981 and they then moved to Sheridan upon his retirement.Bob loved boating, the mountains, friendliness of the Sheridan people and the serenity of the community. He was a loving and generous man who loved spending time with family and friends.Bob was preceded in death by his parents Lillian and Joseph Gorski. He is survived by his wife, Nadine, a brother, David Gorski (Wendy) Stephen Joseph Gorski, nephew, one son, Michael Gorski (Laurie) two daughters, Brenda Kentor (Jeff), Deborah Gorski, six grandchildren, Lauren Rose Wall (Joe), Robert Joseph Gorski, Casey Michaels, Jonathan Michaels (Kelly), Cameron Michaels, Katie Michaels and three great grandchildren, Carson James Michaels, Lauralei Rose Wall and Jaxton Richard Michaels. All who will deeply miss him.Graveside Services will be held at 9:30 a.m. on Saturday, April 19, 2014 at the Sheridan Municipal Cemetery with Reverend Kevin Jones officiating. Full Military Honors will follow the service.The family would like to extend its heartfelt thank you to Shelly Pourier, his nurse from the VA Home Based Primary Care Unit. A special thank you to all of the professionals who contributed to Bob\'s care in the Home Based Primary Care Unit, the Medical Unit staff, Mountain View staff and doctors. Everyone was so kind, supportive and compassionate. We thank you!Memorial donations may be made in honor of Robert to the American Cancer Society at 333 S. Beach St.,Casper, WY 82601.Kane Funeral Home has been entrusted with arrangements.