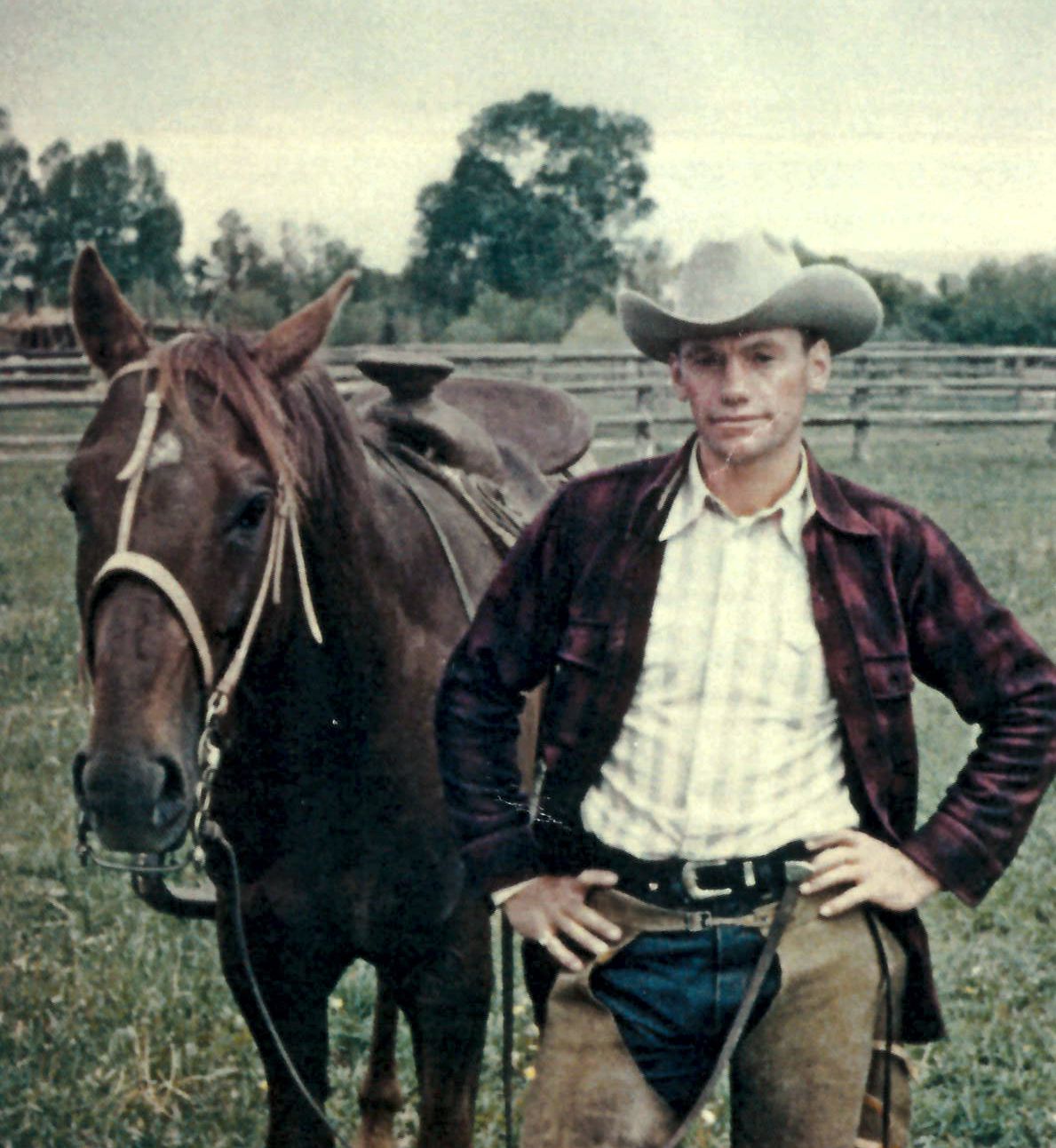 Bob was born in Raymond, Alberta, Canada, to Charley and Maude Lafferty. He had 7 siblings - Margret, Elfrieda ("Freda"), Louvenia, Jean, William ("Bill"), Harold ("Harry") and Max. He also had two half brothers and one half sister - Dennis, Watson, and Lucille.

Bob was a ranch hand, working for the McIntire Ranch (the Doenz family) in Canada. He also worked for the Meeks Ranch in Canada.

Bob came to the USA/Big Horn in 1949 with Herb Doenz. Soon after he met Alec and Eleanor (Pokey) Gregg and began working on the Gregg Ranch that year, where he helped raise many world champion horses. When Alec passed away, Bob remained on the ranch to help Pokey with the operation he helped build and grow until her passing.

Bob taught many, many local kids to ride and always taught them good work ethic. Many of those kids were better for just knowing Bob. He made us all better human beings.

He met Dorothy Cole in his late 70's and they married August 13, 2005, at Red Lodge, MT. Dorothy has two daughters: Connie Bechtholdt (Ron) of Cheyenne, who proceeded him in death, and Jean Gregg of Jackson, who eventually moved to Sheridan to care for both her mother and Bob. He has 5 step-grandchildren - Mathew Bechtholdt of Cheyenne, WY; Christopher Gregg of Denver, CO; Brody Gregg (Crystal) of Denver, CO; and Tanya Garibaldi of Palm Desert, CA; and Joshua Banks of Casper, WY. He also has one great step-grandson, Nico Garibaldi. Jean's children were truly blessed to have Bob in their lives, as was she.

As one of his closest friends put it, "God broke the mold when He made Bob".

A Celebration of Life will be held at the Gregg Ranch on Brinton Road, Big Horn, WY, on