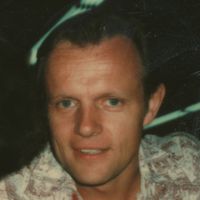 Robert “Bob” Taft Smart, 77, of Sheridan passed away on Sunday, September 1, 2013.Robert was born on August 22, 1936 to Floyd and Marguerite Smart in Glenellyn, IL.Robert\'s career began in 1962 with his beloved friend Dick Kelty. Robert was quick to advance in the Company and soon became the CFO of Kelty Pack. He maintained his position for 20 years and ultimately retired when the Company moved out of state. He then launched what proved to be a successful contracting business. He eventually retired and moved to Sheridan in 1996 to be with his sister Virginia Smart.Robert will be remembered as a kind, sincere and spiritual man. He had a love of the outdoors and being close to nature. He was a man of great integrity and was always well received.Robert is survived by his loving children; Susan, Sheri, Staci, Thomas and grandchildren; Sunny, Bridgette, Robert, Shawn, Christopher, Breanna, Skylar and great grandchildren; Shawn, Carter and Shannel.Private Family Services will take place.Kane Funeral Home has been entrusted with arrangements.