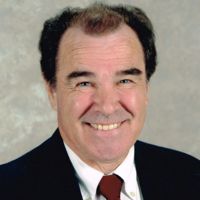 Click Here For DirectionsRobert WakefieldDecember 27, 1939 - June 9, 2013Longtime Sheridan resident, Robert \"Bob\" Wakefield, passed away the evening of June 9, 2013 while performing the evening security & wellness checks on the welfare of others at Sheridan\'s Heritage Towers retirement community.Bob was born in Sheridan, WY on December 27, 1939 to the parents of Frank and Eleanor Odessa (Mills) Wakefield. Bob went to Sheridan High School, graduating in 1957, then enlisted in the U.S. Army for 3 years, where he toured in Germany. Bob would marry Sheridan resident Sylvia Lynn Smith on June 8, 1963. He went to the University of Wyoming for undergraduate studies, and obtained his PhD in Journalism from the University of Colorado in 1976. Bob would teach journalism and broadcasting at many various colleges and universities. He taught at Adams State College in Alamosa, CO, 10 years, and several schools in the University of Texas educational system in the 1980\'s and \'90s. Bob retired to Sheridan in late 2002, where he would live the rest of his life, marrying high school sweetheart Cathy Storm and becoming involved in the theater community. He would perform in many Sheridan theatrical productions, notably \"Chicago\" in 2005 and most recently \"Angel Street\" in 2012. He wrote 3 books that were published, Trail of the Jackasses in 1968, Schwiering and the West in 1972, and Milward L. Simpson, The Fiery Petrel in 2004.Bob would go on to have 5 children, sons\'s; Todd, 44,of Denver, CO, and Mark Wakefield, 42, of Buena Vista, CO, daughters; Summer, 22, of San Antonio, TX, Sierra, 20, of Corpus Christi, TX, and son Keith, 16, of San Benito, TX. Bob had 2 grandchildren; Logan, 10, and Peyton, 6 of Buena Vista, CO. Bob was preceded in death by brother and retired Air Force Major, Frank Eugene \"Gene\" Wakefield, in 2003. Surviving siblings are brother Larry of Kalispell, MT and sister Mary Wakefield of Lander, WY.The Memorial for Bob Wakefield will be at 11:00 a.m. on Saturday, June 15, 2013 e at the First Presbyterian Church, 2121 Colonial Dr., Sheridan, WY.A long life of being involved in the community, in theater, and as a professor and author will be remembered.Donations, in lieu of flowers, to help with funeral expenses can be made payabe to Todd Wakefield (executor) and left at the First Presbyterian Church.Kane Funeral Home has been entrusted with arrangements.