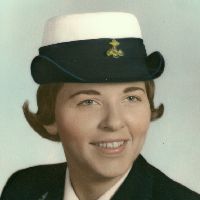 Roberta Ann Mauck, 71, of Sheridan, passed away on Sunday, April 12, 2015, at the Sheridan Memorial Hospital.Roberta was born on July 27, 1943, in Niles, CA, to parents Robert A. and Margaret (Escobar) Steinhauer, and raised by her grandparents Frank and Anna Azevedo. She grew up and received her education in CA, and graduated from Notre Dame High School in San Jose, CA. After high school she worked in San Francisco at ATT. She then joined the Navy.She married John Pettinato, Sr., and together they had four children. She later married her childhood sweetheart Richard T. Mauck in 1978 and they had one child. They retired in CA and moved to Sheridan, WY in 2006.Roberta\'s greatest pleasure was spending time with her grandchildren, and playing Bingo. She loved collecting recipes and testing them out on her husband.Roberta was preceded in death by her grandparents, parents, godmother and numerous aunts and uncles. She is survived by her husband, Richard, five children; John Jr. (Cristela), Dominic (Lynn), Christina, Anthony (Jenn), Frank (Dawn), and her furbaby, Buddy, two stepchildren; Thomas (Darci) and Carmen (Art), her fifteen grandchildren and one grand dog, three brothers; Bob, John, Matt and one sister, Pat, and stepmom, Arlene.A Visitation will be held from 6:00 to 8:00 p.m., on Thursday, April 16, 2015, at Kane Funeral Home. Graveside Services for Roberta will be held at 10:00 a.m. on Friday, April 17, 2015, in the Willow Grove Cemetery in Buffalo, WY, with Father Brian Hess officiating.In lieu of flowers Memorials to honor Roberta may be made to the American Cancer Society at 1903 Central Ave., Billings, MT, 59102.Kane Funeral Home has been entrusted with arrangements.