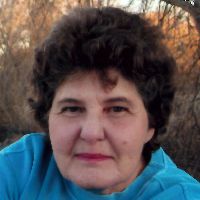 View Service Folder | Click for Video Tribute Robertta “Bobbie” Dale Wakefield passed away on July 27, 2014 at the Nebraska Medical Center in Omaha, Nebraska from complications following liver transplant surgery. She shared 70 years of love, care, life and service with those who knew and loved her.Bobbie was born on April 23, 1944 in Lusk Wyoming to Wilma “Billie” Hazel Long Wakefield and Harvey “Bud” Sutton Wakefield. She grew up on the family ranch and in Upton Wyoming where she graduated High School in 1962. Bobbie received her Associate of Arts Degree in Home Economics from Sheridan Junior College in 1964. In 1967 she graduated from the University of Wyoming with a Bachelor’s of Science Degree in Home Economics.Bobbie began teaching in 1973 at the Wyoming Industrial Boy’s School in Worland. In 1978 she was awarded Teacher of the Year. In 1980 Bobbie and her children moved to Sheridan where she taught at the Wyoming State School for Girls. Bobbie retired in 2011from teaching after 38 years of service.Bobbie was an active member of the Big Horn Community Church, a leader in the Boy Scouts of America for over 40 years, a swim official for High School and USS Swimming programs for 34 years, a charter member of “Chicks in the Sticks” program sponsored by the Wyoming Game and Fish, a volunteer On-call Advocate for the Women’s Center for 6 years, and a Volunteer for “Heals Down Riding Program” a therapeutic equestrian program for children. Bobbie received many awards for her professional and civic activities including: Teacher of the year in 1978; National Outstanding Service Award in U.S. Swimming in 1991; BSA Award of Merit and Order of The Arrow Ordeal, Brotherhood and Vigil. She was awarded the BSA Silver Beaver Award in 1998.Bobbie had many hobbies and activities including golfing, hiking, sewing, canning, hunting, swimming, bicycling, and reading. Bobbie was an accomplished artist painting in acrylics, oils, and other media and wood carving.Bobbie was preceded in death by her sister, Maibell “Kayo” Jeniece Wakefield, and Father, Bud Wakefield. She is survived by her mother, Billie Wakefield of Upton Wyoming; brother, Leon Wakefield of Santa Rosa, California; children and their families, Mark Sutton (Jean) Thorne of Kamuela Hawaii, Keri Ann (Gary) Spears of Gillette, and Scott Benjamin (Christine) Thorne of Casper; Grandchildren Tyler Jacob, Brandon William, Madeline Kayo, Kathryn Grace, and Sydney Ryan; niece Heather (Wes) Pleinis of Spearfish South Dakota, and Aunt Dyllis Gose of Lander, and Delcie Materi of Upton, close Friends Nadine Roberts, Sandy Everson and Kerry Eblen and a many more family and friends.Bobbie tirelessly devoted her life to her God, family, children, church and community. She will be greatly missed by all.A celebration of Bobbie’s life will be held at 2:00 pm on Saturday, August 9, 2014, at the First Baptist Church with Sherman Weberg officiating. The family invites all friends and family to share stories of Bobbie during the ceremony. A reception provided by the Big Horn Community Church will follow in the First Baptist Church Fellowship Hall.Memorials to honor Bobbie may be made to the Bobbie Wakefield Memorial Fund at the First Interstate Bank, 4 South Main, PO Box 2007, Sheridan, WY 82801.Kane Funeral Home has been entrusted with arrangements.