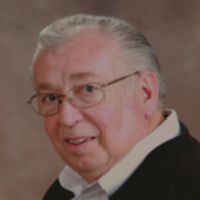 Roger McLynn Buchanan, 70, of Sheridan, Wyoming returned to His loving Heavenly Father on January 14th, 2015.Roger was born June 23rd, 1944, to Mack Neil and Elsie Lucille Buchanan in Salina, Utah. Roger’s childhood helped him develop a love of music, family and service to the Heavenly Father and his fellow man. He learned many skills growing up working alongside his parents that he used throughout his life.Roger attended Snow College and then served an LDS mission to Scotland from 1963-1965. Upon returning he attended BYU and received a bachelors degree in social work. Shortly thereafter he met Cheryl Ann Harvey. They were married in the Idaho Falls Temple on October 30, 1970. They raised 5 children in Sheridan.Roger served many people as a social worker and then as an insurance agent living in Sheridan. His life was filled with church service, teaching ballroom dance, and lots of fishing and hunting.Roger is preceded in death by his parents and his sister Vivian. He is survived by his wife Cheryl of Sheridan, his son Ryan (Mandi) of Sheridan, his daughters Michelle (Dave), and Cristi (Joe) both of Sheridan, a daughter Nicolle of Orem, Utah and a daughter Stephanie of Iowa, and 10 grandchildren all of Sheridan. He is also survived by a sister Charlene Buchanan of Farmington, New Mexico and a brother Jerry Buchanan (Joy) of Oregon.Family and friends are invited to a viewing on Sunday, January 18th from 7-8:30 p.m. at the Church of Jesus Christ of Latter-day Saints at 2051 Colonial Dr. The funeral to be held at the same location on Monday, January 19th will begin at 10:00 a.m. Interment will be in the Sheridan Municipal Cemetery with Military Honors.Kane Funeral Home has been entrusted with arrangements.