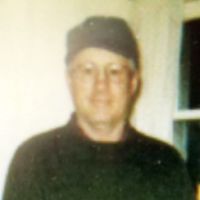 Rolland Curtis of Sheridan passed away Saturday, October 7, 2017, at Westview Healthcare Center.Rolland was born September 28, 1931, to Albert A. and Irva (Blood) Curtis in Rochester, MN. He had six sisters and five brothers.Rolland joined the Air force in 1949 and was honorably discharged in 1952 in California where he went to tech school for sheet metal working. In 1958, he moved to Sheridan where he met Rosa Lee Sayer and they were married July 3, 1959 in Hardin, MT.After they were married, he adopted Connie and Vicki and then they had Thomas and Benny Curtis. Rolland and Rosa Lee had been married 58 years. Rolland and Rosie were always taking kids fishing, camping and, years ago, hunting. He also enjoyed growing a garden and building things. He also helped his grandsons work on and fix up their homes. For several years, he worked at Mydland Dairy. Then he went to work at Frickey\'s Roofing, Heating and Air Conditioning. After retiring from Frickey\'s, he went to work for Kosma\'s Roofing, Heating and Air Conditioning. He worked for Joe Kosma until he retired in 2009. He always put 110% into whatever he did. He was always lending a helping hand and never had a mean word to say to anybody.Westview\'s staff took very good care of Rolland the last years of his life and he will be greatly missed by every he knew.A Celebration of Life gathering will be at 5 PM on Saturday, October 28, 2017, at the VFW Club.Rolland was preceded in death by his parents and all of his siblings. He is survived by his wife, Rosa Lee; daughters Connie Taylor of Sheridan, Vicki Buckley of Union, OR; sons Thomas and Benny Curtis of Sheridan; 10 grandchildren, 16 great-grandchildren; plus many nieces and nephews.Kane Funeral Home has been entrusted with arrangements.