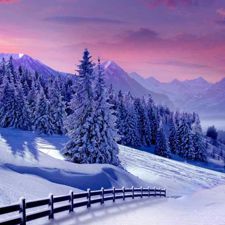 Rose Marie Nicholson passed away in her home on the evening of December 26, 2021 and is now resting, eternally pain free, in the arms of Jesus.

Rose Marie was born in Roundup, MT, to Dr. Ernest and Marie Vedova. She graduated from Roundup High School and attended Rocky Mountain College in Billings, MT. When a senior in high school, she met her one and only love, Edwin Nicholson, and in 1948, they married when Rose Marie finished college. For 66 years, they spent a long and loving life together until Edwin’s passing in 2014. Their love produced three children; two daughters, Sandy Collins and Diane Ballek and one son, Don Nicholson. In 1965, the family moved to Sheridan where Edwin went into partnership with his brother-in-law, Jim Weber, at Valley Motor and Implement. Rose Marie continued working at her favorite job, being a stay at home mom, and loving the opportunity to care for her children.

Rose Marie was active in PEO, the Catholic Church and St. Francis of Assisi. In her younger years she was an avid golfer and later continued her involvement in the sport by watching professional golf on television. Rose Marie enjoyed knitting, crocheting and crafts. Her husband taught her the game of football and every Sunday was spent together watching and discussing the NFL games being played.

Win or lose, she always cheered on the Denver Broncos and even on her last day, the Denver Broncos vs the Las Vegas Raiders game was on her television. As her world became smaller and she was unable to get out, her family and friends became even more important to her. She looked forward to Barb delivering her meal on Fridays and when she didn’t show up, she always wanted to know if she was alright. She absolutely enjoyed the game of bridge and played it for over 50 years. Up until her passing she hosted a foursome at her home with her best friends, Juanita, Arlene and Bell. These four ladies not only enjoyed each other’s company for many decades, but also stayed young and intellectually sharp through their time together and the mental challenges the game brought to them. All four ladies were over 90 years of age and Rose’s family used to kid with her that their bridge story would be best shared on the front page of the Sheridan Press. Humble Rose would just smile and say that they were proud and fortunate to be able to get together and they didn’t need the publicity. She truly loved her bridge friends.

At her passing, Rose Marie had a daughter, Diane (Ken) Ballek, a son, Don Nicholson, two grandchildren, Justin (Stacy) Ballek, Tennyson (T Jay) Gilpatrick, and five incredible great-grandchildren, Ethan, Kiley and Abby Ballek and Paige and Reece Gilpatrick. She lit up whenever she heard about them and was so proud of the young men and women they had become and were becoming. Fortunately, she was able to spend some time with all of them over the holidays this year.

Rose Marie was preceded in death by her parents, her husband Edwin, her one and only sibling Mitzi Weber, one daughter Sandy Collins and one grandson Ben Collins.

Private family services will be held at a later and warmer date. Donations in her honor may be made to the Hub.