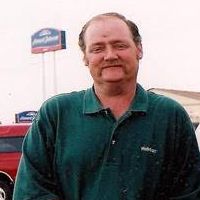 Roy Franklin EpperleAugust 17, 1963-February 7, 2017Born August 17, 1963, in Auburn, California, Roy was the youngest child of Eugene and Melba Epperle. He started school in Weimar, California and continued grade school in Athol, Idaho and later, through a correspondence school while traveling on the road as his family played music throughout the Midwest, finished his schooling in Cody, Wyoming.Like his Father and older Brothers, Roy had a lifelong interest in playing music. He was an accomplished drummer and vocalist until health issues altered his lifestyle. He also had an early interest in radio controlled planes and amateur radio. He enjoyed writing poetry and has several works that have been copyrighted. Along with music, Roy managed a small motel, did hotel maintenance, remodeling, cooking and convenience store assistant manager. He was somewhat nomadic making many friends along his journeys.He passed away in Sheridan, Wyoming but, his home was always in Cody.He was preceded in death by his father Eugene, his eldest Brother Ric and sister Patty.He is survived by his daughter Ashley of Aurora, Colorado; son Jeff of Billings, Montana; mother Melba of Bayview, Idaho; sisters Debra (Neil) Peck of Bayview, Idaho and Susan Smith of Athol, Idaho; his brothers Gerald (Johnna) and David (Connie) of Cody, Wyoming and brother-in-law Dale Peck of Bayview, Idaho.Has was looking very forward to seeing his first grandchild who is due to arrive in the spring.He will be missed by all.