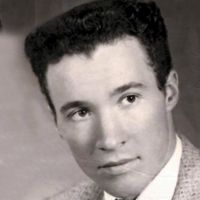 Leroy “Roy” Moore, 76, of Story, passed away on Thursday, May 4, 2017, at the Sheridan Memorial Hospital. He was born on March 21, 1941, to parents William Irvin and Lois (Ryan) Moore in Casper, WY. He married Gloria Hall on September 15, 1961, in Sheridan, WY.Roy graduated from Arvada High School in 1960 and from the University of Wyoming in 1969. He ranched for ten years before going to work for Amaco Oil and Sinclair in Casper until retiring in 2006.  He played guitar in a band in the 60\'s and loved playing poker and pool. He enjoyed snow mobiling, 4-wheeling, driving fast cars, dinner with friends and wearing his UW hat and blanket. He was lovingly cared for by his wife after a car accident eight years ago that left him a quadriplegic. He maintained his upbeat personality, smile on his face and being positive. He was a member of the the Arvada Community Church, Elks Lodge and KARZ Club.Roy was preceded in death by his parents. He is survived by his wife, Gloria, children, Dean (Kim) Moore of Casper, WY, Robert (Laurie) Moore of Casper, WY, Richard (Sara) Moore of Casper, WY, siblings, Kay (Steve) Smith of Sheridan, WY, Bill (Frankie) Moore of Douglas, WY, Bob (Connie) Moore of Clearmont, WY, five grandchildren, Ashley, Amelia, Adika, Riley, Ethan and two great grandchildren, Leo and Mayvee.Services will be held at 2:00 p.m. on Wednesday, May 10, 2017, at Kane Funeral Home with Pastor Bob Moore officiating. A reception will follow in the Kane Reception Hall.Memorials to honor Roy may be made to Holy Name School, 121 S. Connor, Sheridan, WY 82801. Kane Funeral Home has been entrusted with arrangements.