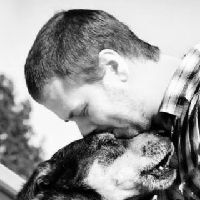 Rusty Dean Sayer, 29, of Sheridan, passed away on Sunday, March 13, 2016, at his residence.Rusty was born on September 28, 1986, to Karen Novakovich and Garry Sayer in Sheridan, WY. He was raised in Sheridan. He worked in construction and was the owner of Rusty Nail Wood Flooring .Rusty always had a smile on his face, laughing, joking, having a great time!! He was nice to everyone he met. Very polite & courteous weather it be yes ma\'am or no sir, hey pretty lady too have a great day!! He had a way about himself that made everyone feel special & loved. Rusty loved his family all his friends & specially his best friend Max that stood by his side since he was 17. Rusty loved bbqs, getting together with friends, hunting, fishing, bowling, kicking his hills up and dancing he was always having fun. He was also known to be a great sports-man bringing home buffalo, moose, elk, deer, turkeys, pheasants, ducks and even a fish or two!! He will be greatly missed & loved by all.. Rusty is survived by his wife, Megan Sayer of Sheridan, WY, his parents; Karen Ann Novakovich, of Sheridan, WY, Garry Lee (Linda) Sayer of Sheridan, WY, his siblings; DeVeinna Sayer of Sheridan, WY, Megan Ashley Sayer of Williston, N.D., Calvert Sayer of Sheridan, WY.  His grandparents; Terry (Karen) Novakovich of Sheridan, WY, Joanne Arnold (Ken Ackerson) of Sheridan, WY, great grandmother Marge Bigler from Ogden, Utah,  aunt Rosemary LaFond of Sheridan, WY, uncle Travis Sayer, his nieces; Alexys Ann Perry, Arabella Rooney, Aliyah Rooney and his best friends; Thomas Dykhorst, Josh Schriver, Casey Roth, Jim Piel, Blake Mortenson, Bryon Bohm,Von Mock, and Ken Ackerson.