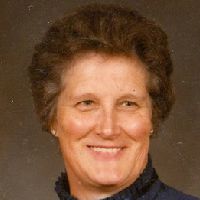 ‍Ruth Eileen (Ferguson) Corley passed away peacefully at her home on Monday, October 11 at 8:21 a.m.  At the age of 89, she was a long time member of the Sheridan Community.  Ruth was born to David Dow Ferguson and Bessie Gladys (Conklin) Ferguson on July 31, 1928 on the “Little Thunder Homestead”, Hilight community near Gillette Wyoming.   Ruth Corley is survived by three sons and their families, Mike (Myrna) Corley of Baker City Oregon, Tim (Kathy) Corley of Sheridan, and Jim Corley also of Sheridan; eight grandchildren including Mimi Meggyesy, Ted Corley, Greg Corley, Carol Crooks, Ben Corley, Logan Corley, Chad Corley, and Amanda Corley, and many great grandchildren and one great- great grandchild as well as two sisters, Jane Conklin and Martha Sizemore and numerous nieces  and nephews .  Ruth was preceded in death by her husband Ray Corley and one son Pat Corley, two sisters, Mary Henson and Jackie Palmer and one brother, David Ferguson.The Dave Ferguson family left the Hilight community during her childhood, moving first to Sheridan and later to Dutch Creek in Sheridan County where they farmed.  Ruth lived in town with her older sister Mary and graduated from Sheridan High School.  She spent much of her post graduate time around Ulm where she met and married Ray Corley on April 3, 1947.  Together they raised four boys in the northern Wyoming community they loved and nurtured the same passion in their children.  She was a mother and wife.Ruth’s passion was her church, her family, and her oil painting.  She had other interests that include gardening and reading.  Nothing, however, spurred her interest more than a lively debate on politics.  She will be missed. Funeral services are scheduled for Wednesday, October 18, 10:00 am at The Church of Latter Day Saints, 2051 Colonial Dr, Sheridan Wyoming.  A Visitation will be held from 6:00 to 8:00 p.m. on Tuesday, October 17, 2017, at Kane Funeral Home. A Visitation will also be held at 9:00 a.m. prior to the Service at 10:00 a.m. on Wednesday, October 18, 2017, at The Church of Jesus Christ of Latter Day Saints with Bishop Duncan officiating. Burial will be in the Sheridan Municipal Cemetery. A Reception will follow at the church.                Kane Funeral Home has been entrusted with arrangements.