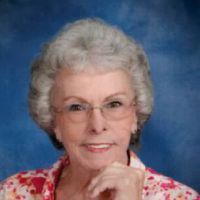 Sally M. McGary. 79, of Sheridan, passed away on Wednesday, June 8, 2016, at the Sheridan Memorial Hospital. She was born on April 3, 1937, in Broadus, MT, to parents George and Marjorie (Gray) Pleyer. Sally enjoyed gardening, fishing, hunting, spending time in the mountains, was an avid Bronco\'s Fan, and especially loved family, grandkids and dogs. She was a member of the First United Methodist Church.Sally was preceded in death by her parents, George and Marjorie, and her sister, Charlene Pilcher. She is survived by her children, Larry (Susan) Bock of Casper, WY, Tammi Bock of Sheridan, WY, sister, Zudie Martin of Sheridan, WY, four grandchildren, nine great grandchildren and numerous nieces and nephews.Memorials to honor Sally may be made to Sheridan Senior Center at 211 Smith St., Sheridan, WY 82801.Services will be held Saturday, June 18,2016, at First United Methodist Church at 11:00 am. with Pastor Don Derryberry officiating. Kane Funeral Home has been entrusted with arrangements.