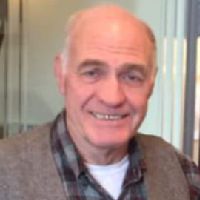 View Service FolderSamuel Johnston Burris, 69, of Sheridan, passed away on Thursday, April 6, 2017, in an automobile accident. He was born on January 16, 1948, in Wilmington, NC, to parents L.D. and Carolina (Johnston) Burris. He married Sharon Louise Rosenlund.Sam was a lifelong member of the Old Apostolic Lutheran Church. The faith he received he carried to death. Many people considered Sam their special friend and were like family to him.Sam was preceded in death by his parents, brothers, Lennon and Mike and sister, Martha. He is survived by his wife, Sharon and their children, Sam (Brenda), Jenny (Drew), Kristine (Justin), Shari (Dave), Lisa (Phil), sisters, Ann Allen, Becky McWatty, Carol Outhavong, thirty one grandchildren and six great grandchildren.A Visitation will be held from 6:00 to 8:00 p.m. on Tuesday, April 11, 2017, at the Old Apostolic Lutheran Church. Services will be held at 1:00 p.m. on Wednesday, April 12, 2017, at the Old Apostolic Lutheran Church. Interment will follow in the Sheridan Municipal Cemetery.Kane Funeral Home has been entrusted with arrangements.