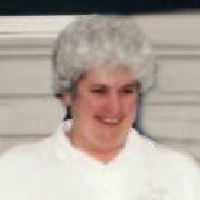 Sandra Jean Destefano (Sandy), 63, passed away suddenly on Saturday, January 14, 2017, following a brief illness. Sandy was born May 7, 1953, in Sheridan, Wyoming, to Alfred and Elsie Destefano. She attended Sheridan schools and graduated from Sheridan High School in 1971.Sandy was a member of the Sheridan community her entire life. At the time of her death, she had been employed at Sheridan Manor for the past 22 years. She was highly regarded for her work ethic and dedication at the Manor and was a constant joy to the residents and staff.Sandy enjoyed her family and friends and was especially fond of all her nieces and nephews. She served as the family historian, collecting and archiving the most notable achievements and events of all the family members. If you wanted to know important family information, she was the person to call. Sandy could also catch you up on the latest news of everyone else in the family as she routinely kept in touch with everyone to find out what was going on in their lives. She was Facebook before Facebook. She had an infectious laugh and would always brighten your day with a visit. Sandy loved to travel when the opportunity presented itself and was looking forward to doing more of it during her upcoming retirement. She also loved the mountains and visits to the family cabin, especially for family gatherings. Sandy will be greatly missed by her family and her many close relatives and friends. Especially sad will be her four-legged roommates, Robbie and Gretchen.Sandy was preceded in death by her maternal and paternal grandparents and a nephew, Eric Destefano. She is survived by her parents, her brothers and their families, Ron (Cinder), Richard and Darold (Jennifer) Destefano and her nieces and nephews, Brent, Alex, Zach (Beth), Jillian, Sophie and Dominic Destefano. Private services for Sandy will be held this summer at the family cabin with family and friends. Donations in Sandy’s name may be made to the Dog and Cat Shelter 84 East Ridge Road, Sheridan, WY, 82801.Kane Funeral Home has been entrusted with arrangements.

Date:
Start Time:
Private services for Sandy will be held this summer at the family cabin with family and friends.
Location:
Service VideoService Brochure