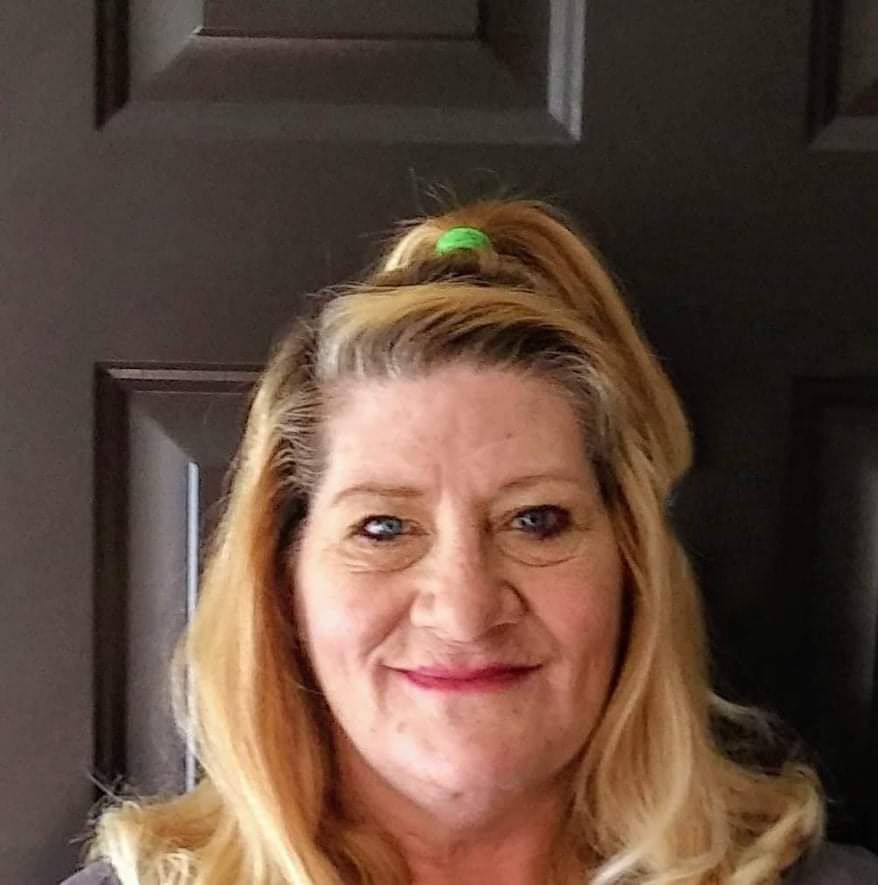 Sharon Lynn Trujillo, Age 57, passed peacefully in her sleep in her own home on February the 11th, 2022. She was born to LaVerne “Snookie” and George Lee Woste in Omaha, Nebraska on the day of October 10th, 1964.Sharon was raised by Snookie and John Udick together with her two older sisters Johanna (Weber) and Pamela (Tarraferro) in Westminster, Colorado.

Sharon was a free spirit from a young age and often described as mischievous and an instigator of trouble. Sharon was loving, kind, passionate, wild, fiery, and free-willed. Anyone who knew Sharon knew her to have the biggest and most compassionate heart, even for strangers. She welcomed all into her home and offered what she could, even if she didn’t have a lot herself. When she loved someone she loved them whole-heartedly and completely.

Sharon had many trades. She drove semi-trucks with her husband Edward; attended community college in Sheridan, Wyoming; got a degree in Medical Coding at Pima Medical Institute in Westminster, Colorado; had a degree in Welding and eventually became a Lead Welder in the construction of Coors Field in Colorado.

Sharon married her high-school sweetheart Edwin Adams, and gave birth to Jesse and Tyffani (Adams). They went their separate ways, after which  Sharon met John Bartges and gave birth to her youngest Sarah (Cradeur). Shortly after the birth of her youngest Sharon met the love of her life and life partner for 29 years, Edward Trujillo. She married Ed July 1st, 1995 and gained two new children in marriage whom she loved dearly Joshua (Barker) and Ashley (McKenzie).

Sharon and Ed traveled the united states together and lived in many places. For many years they made their life in Colorado. In recent years, Sharon and Ed moved to Sheridan, Wyoming, and completed lifelong goals that included owning their own home outright. Ed and Sharon spent enjoyed their free time making their home their own and renovating it, while also raising two dogs Sadie and Summer, and Sharon loved her many birds.

Sharon joined many loved ones in Heaven. She is survived by her two sisters Johanna and Pamela, her four children Joshua, Jesse, Tyffani, and Sarah, as well as many wonderful grandchildren.