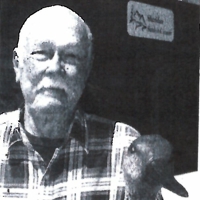 Sheldon Woodruff Johnson, at 83 years old, traveled to his Lord on August 26, 2013 while in Gustavus, Alaska. Sheldon and Billie, his surviving wife, moved to Sheridan in 1984 from Pensacola, FL. and have called Big Goose Road home since then. Sheldon was born in Pineville, LA. where he remained until joining the Navy in 1947.He and Billie married in 1948, beginning a life of travel and faith, as they raised a family while career military. Sheldon started in the Navy as an aviation machinists mate, working his way to the rank of Chief Petty Officer in Pensacola, FL. where he retired with honor in 1970. While in the Navy he served on the U.S.S. Hornet, as well as traveling to designated posts and assignments in Japan, Guam, Arabia, Africa, India, and throughout the Mediterranean. He embraced career service, as the opportunity to experience other cultures was his passion. After retiring, he spent his time building custom dune buggies at his own shop, and learning to fly through the Navy Flying Club while still in Pensacola. Once relocating to Sheridan, Sheldon continued enjoying life and the people he met along the way, while working on the Widener Ranch and spending time flying his Tripacer. Sheldon was a member of the United Flying Octogenarians and as such, NEVER turned down a chance to ride the sky and take in the view. Sheldon\'s earthly journey was celebrated as he departed Gustavus via bush plane, against the beautiful mountains and enveloping Alaskan sky. He is survived by his wife, Billie of Sheridan, WY., son, Bryan (Kay) Johnson of Winter Haven, FL., daughter, Tama Inge of Gustavus, AK., two grand-daughters, two great grand-daughters, and sister, Barbara Hennigan of Milton, FL. Sheldon is preceded in death by his parents, Lem and Ela Johnson of Pineville, LA. and his brother Nealon Bryan Johnson of Fairbanks, AK.Kane Funeral Home has been entrusted with arrangements.