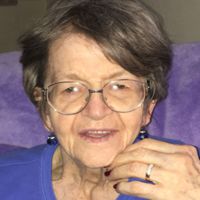 Shirley Martini, 73, of Sheridan, passed away on Monday, January 29, 2018, at the Westview Health Care Center. She was born in Sheridan at the Reynold\'s home January 17, 1945, to Andrew and Eva Madzia Wantulok, the youngest of thirteen children. She was raised in Acme, Monarch and Sheridan.She graduated from Sheridan High School in 1963. She worked at Brown Drug until she met her Navy guy and future husband, Ronald Martini. They married May 21, 1965. They lived in Illinois, New Hampshire, Connecticut, Buffalo WY, Montana, finally settling back in Sheridan, their hometown, in 1986.She enjoyed her many collections, word search puzzles, going to her grandson\'s sporting events, and she loved cats.Shirley was preceded in death by her parents, brothers, Andy, Harry, Joe (died at birth), Albert; sisters Helen Wantulok (14) Amelia Selig, Nellie Wantulok (12), Rosie Wantulok (3), Josephine Raicevich, Evelyn Dovey and Francie Johnson. She is survived by her husband Ron, daughter Tina (Tom) Carson, son Bryan (Amy) Martini, her grandchildren Lindsey (Austin) Claeys, Nicole and Grant Carson, Zachary and Turner Martini, and great granddaughter Penelope Martini, sister Mary Jane (Walt) Legerski and several special nieces and nephews.No services are planned at this time. Private family services will be held at a later date.Donations in Shirley\'s honor may be sent to The Hub at Smith Street, 200 Smith Street, Sheridan, WY 82801.The family would like to express our extreme gratitude to Sheridan Memorial Hospital ER, Lab and Radiology staff, Billings Clinic Critical Care Department, Rocky Mountain Ambulance, and the staff at Westview for their wonderful care during Shirley\'s last days. They would also like to thank the many family, friends and neighbors who supported them during this time.Kane Funeral Home has been entrusted with arrangements.

Date:
Start Time:
No services are planned at this time. Private family services will be held at a later date.
Location:
Service VideoService Brochure