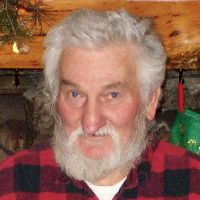 Lawrence ‘Sonny’ Buskirk, 71, of Sheridan passed away unexpectedly on Friday, March 3, 2017 at Sheridan Memorial Hospital. Sonny was born July 6th, 1945, in Sheridan, Wyoming. He married his soulmate, Debbie Ferderer, on December 22, 1966, in Sheridan, they celebrated 50 years of marriage this last December. Together they raised their four children. Sonny was a man of many trades, from auto mechanic to carpenter and everything in between. If we didn’t know how to do something we called Sonny. He served in the Army from August of 1967 to April of 1969 receiving multiple medals of honor and surviving a helicopter crash while serving in Vietnam. Sonny served as Post 1560 Commander & VFW District #2 Past Commander. He enjoyed trading anything with his friends, old cars, collecting, his garden and ponds, and most of all his family. Sonny would give the shirt off his back to anyone in need and continued to give by being a donor. Sonny was preceded in death by his parents Robert and Grace Buskirk, and granddaughter, Shelby Buskirk. He is survived by his wife, Debbie, daughter, Terri (Nick) Walton, daughter Niki (Randy) Warnke, son Jamie (Gina) Buskirk, daughter Sonni (Josh) Williams,15 grandchildren all of Sheridan, sisters Lee Fry of Lovell, WY and Linda (Butch) Wagenman of Montana, brother Joe Buskirk of Sheridan, and numerous nieces and nephews. He only had four children but was considered a Dad or Grandpa to many others. A Celebration of Life for Sonny will be held on Friday, March 10th, 10am at The Rock Church, with Pastor Mike Garneau officiating, at 1100 Big Horn Ave. in Sheridan. A reception will immediately follow at The VFW Post 1560. Memorials in honor of Sonny can be made to Terri Walton, 689 Meridian, Sheridan, WY 82801 to help defer final costs. Kane Funeral Home has been entrusted with arrangements.