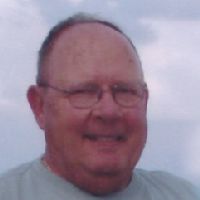 Stanley Kim Miller, 80, of Sheridan, passed away on Sunday, July 9, 2017, at the Sheridan Memorial Hospital. Stanley was born August 26, 1936, in Newcastle, WY to Stanley J. Miller and Margaret Fay (Munson) Miller.Stan graduated high school in Missoula, MT in 1954. He entered the US Air Force in 1954 and retired after 20 years of service. After retiring, he and his wife moved to Sheridan. Stan worked at Farmtronics and later at Sheridan School District 2 as a custodian. Stan was loved by many and will be greatly missed.Stan is preceded in death by his parents, his brother, William “Bill” Miller and his son, Thomas Stanley Miller. He is survived by his wife of 56 years, Janet; his son, Stephen; grandchildren, Jesse (Drew) Bennick and James Miller; and great grandchildren, Bailey Bennick and Griffin Thomas Bennick.Graveside services with full military honors will be held at 10:00 AM, Friday, July 21, 2017, in Sheridan Municipal Cemetery with Reverend Kevin Jones officiating.In lieu of flowers, donations may be made to the Sheridan Dog and Cat Shelter, 84 East Ridge Road, Sheridan, WY 82801.Kane Funeral Home has been entrusted with arrangements.